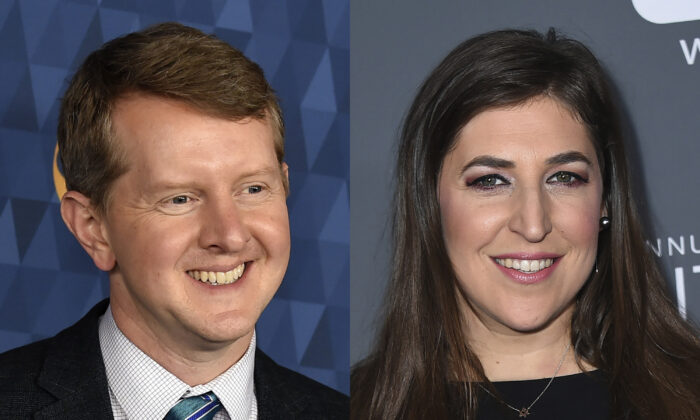 ‘Jeopardy!’ Stays With Hosts Bialik, Jennings for the Season

LOS ANGELES—Mayim Bialik and Ken Jennings will continue as tag-team hosts of “Jeopardy!” through the rest of this season.

“We’re so pleased to have such an excellent and experienced team in front of and behind the camera as we head into 2022!” producer Sony Pictures Television said Wednesday. Michael Davies will remain the show’s executive producer, Sony said.

Last September, Bialik and Jennings were announced as interim hosts after Sony’s efforts to replace the late Alex Trebek ran aground. Mike Richards, who’d been the show’s executive producer, got the host job and then lost it—and soon after, his producing role—when his past questionable podcast comments resurfaced.

Jennings, the record-holder for longest “Jeopardy!” winning streak, is a consulting producer on the show. Bialik has already been chosen to host “Jeopardy!” prime-time and spinoff series, including a new college championship.

“Jeopardy!” used a series of guest hosts, including Richards, for shows filmed after Trebek’s death. The beloved host died in November 2020 of cancer.