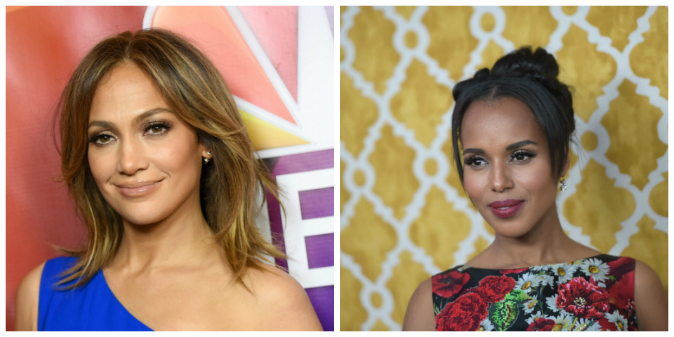 Jennifer Lopez and Kerry Washington have a storied history—Lopez was Washington’s dance teacher when they both were growing up in the Bronx.

“[Larry Maldonado] had an awesome substitute teacher named Jennifer [Lopez] who would sometimes step in and teach, but then she left to move to L.A. and be on ‘In Living Color’,” Washington recalled during an April 8 appearance on the “The Tonight Show Starring Jimmy Fallon.”

“I learned to dance from J.Lo!—That’s why I’m a really good dancer,” she said.

The two would later leave New York and chase stardom, subsequently rising through the ranks of the Hollywood elite. But before they earned spots on the Forbes’ list, the actresses were making ends meet with smaller, lesser known roles.

So when it was time to cash that first big check, the stars splurged.

“I was driving a Honda hatchback that Keenen Ivory Wayans had given me when I moved out here when I was a Fly Girl [dancer on ‘In Living Color’],” said Lopez in an interview with THR. “And I had been driving it to every audition.

“And when I got, I think it was a regular series, I bought a car—a Mercedes. And it was a huge deal, though I was signing the lease to the car and breaking up with my boyfriend the same week. We were in the dealership and I was crying.”

As for Washington, the “Scandal” actress’s purchase was less extravagant—a laptop.

“This is so Bronx girl of me. My first movie was a crazy guerilla filmmaking, independent movie, so our transport department was a Metrocard. ‘Save the Last Dance’ was my second movie, and we had a per diem,” she said. “I couldn’t believe somebody was handing me cash and I literally used to hide it under my mattress for the whole movie. I put myself on a tight budget of what I could spend. And at the end of it, I used all the cash from the three months and bought my first laptop.”

Lopez stars in NBC’s “Shades of Blue” and Washington stars in ABC’s “Scandal.”