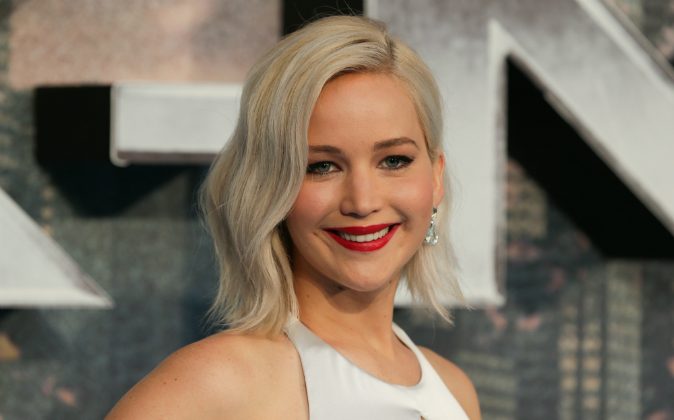 US actress Jennifer Lawrence poses on arrival for the premiere of X-Men Apocalypse in central London on May 9, 2016. (DANIEL LEAL-OLIVAS/AFP/Getty Images))
Entertainment

It’s hard to believe there was a time when Jennifer Lawrence went unrecognizable. And it was during a visit to London six years ago, when Lawrence found herself detained in a “tiny jail” as officials looked to confirm her identity.

When the “Hunger Games” actress booked a flight across the pond to meet with “X-Men: First Class” director, Matthew Vaughn, she ran into a dilemma as a result of not obtaining a work visa.

“I was auditioning for the first X-Men, my passport was expiring under six months,” said Lawrence during her May 19 appearance on British television show, “Graham Norton.”

So as she went through customs, Lawrence concocted a story where she stated her reason for being in the country was to attend her American brother’s wedding in Wimbledon.

The lies became unbearable for Lawrence who blurted out the truth to customs officials.

“No! No! I’m here for work and I don’t have a work visa and my passport expires,” Lawrence frantically recalled the day. “I’m not supposed to even be here.”

The consequences of her fib landed the 25-year-old in a London airport jail cell.

“I had to sit in a tiny little jail for like five hours while they called my employer,” she said. “I felt tiny.”

Despite her popularity and Oscar wins Lawrence apparently is unknown to some of her peers. The “American Hustle” actress revealed that during a night outing with co-star Jack Whitehall, the pair encountered veteran actor Harrison Ford and J.J. Abrams, who were oblivious to her identity.

“I probably humiliated myself more than ever before,” she said. “I never assume anyone knows who I am, but when I spotted Harrison Ford and J.J. Abrams I was like, ‘It’ll be fine, we’re all co-workers, right!'” Or so she thought.

When the actress began dancing in front of the pair, she was met with an awkward silence and stare.

“I realized while I am dancing that they had absolutely no idea who I was so I just turned around and walked back to Jack dying of embarrassment,” she said.

“X-Men: Apocalypse” is scheduled for release on May 27.