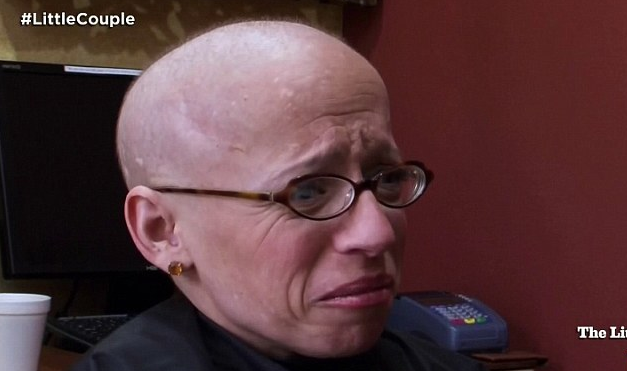 Jen Arnold, star of TLC’s “The Little Couple,” revealed to viewers that she is battling stage three cancer.

The neonatologist tried not to cry as she discussed the revelation.

Arnold and husband Bill Klein have dwarfism from a genetic condition.

They received the news themselves shortly after winning a year-and-a-half battle to adopt their daughter Zoey from India, reported the Daily Mail.

Arnold ran into trouble on the trip to pick up Zoey and had to leave the country, telling her husband “It’s not good.”

“I ended up going through multiple tests to find out why I had been bleeding so badly in India, and as it turns out I have a form of cancer called gestational trophoblastic neoplasm – stage three,” Jen told fans.

She said it meant she had a “rapidly growing” tumor in her uterus which had metastasized into “three nodules” in her lungs.

“I felt nauseous,” admitted Bill. “I didn’t have any control. There’s nothing you can do, and it scares the hell out of you.”

“It’s not something we expected, nor foresaw but it’s something unfortunately we have to deal with,” Jen added. “Clearly we don’t want my cancer diagnosis to overshadow in any way the adoption of our daughter. That’s what’s getting me through this cancer diagnosis is getting Zoey home and acclimated and continuing to watch Will grow. It’s just another part of our lives. So far we’ve been very open sharing all aspects in our lives, so I guess this isn’t any different.”