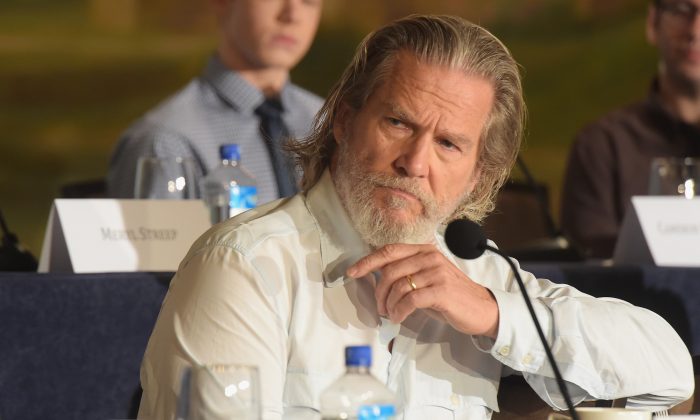 Jeff Bridges, the “Big Lebowski” actor, has bucked the trend among Hollywood’s elite—saying that he will be rooting for President-elect Donald Trump.

“I’m rooting for the guy, Mr. Trump,” Bridges told Entertainment Weekly this week. “One of the things that’s most appealing about him is his unpredictability. A less kind word might be his ‘hypocrisy,’ but unpredictability and hypocrisy are things that each of us human beings share. It’s something we all struggle with and work with.”

Bridges had supported Trump’s rival, Democrat Hillary Clinton, in the 2016 election. However, Bridges said he was happy with Trump’s acceptance speech.

“Taken out of context, that would be wonderful,” Bridges added. “Talking about unpredictability, who would have thought that he would be praising Hillary Clinton and thanking her for her wonderful work after trashing her and inviting all of the people who didn’t vote for him, that he’d be looking for guidance from these people, all of these wonderful things?”

Bridges, however, noted there are “fears and concerns” that are “also bubbling up inside me,” as reported by the Los Angeles Times.

“The thing is, you never know,” Bridges told the LA Times. “Being an actor I can stoke my fears and magnify different things. The challenge for us is not to get cynical.”

Rosie O’Donnell Gets Backlash for Tweeting About Barron Trump

In all, he said, “I’m rooting for the guy, but we’ll see how it all goes. You just don’t know how it will all work out,” EW reported.

The 66-yera-old actor is current promoting his latest movie, “Hell or High Water,” which is about the Texas Rangers. He noted that it draws parallels to the election, particularly in how the Democratic Party lost the election.

“The story the movie is telling shines a light on why the election went the way that it did, and how seriously disappointed many people have been in the way that the government is running. They have little faith in it, and we’ll see. I hope we don’t throw the baby out with the bathwater here,” he said.