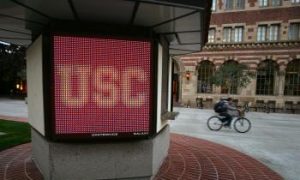 biggersmaller
Print
It talks, tweets, and looks kind of human—but will it be good company?

Japan’s aerospace agency is preparing to send a humanoid robot to the International Space Station to watch the station while astronauts sleep, as well as monitor astronauts' health and tweet pictures back to Earth. It will also perform mundane tasks, such as wiping handrails, and vacuuming air filters, according to NASA.

“We are thinking in terms of a very humanlike robot that would have facial expressions and be able to converse with the astronauts,” said Satoshi Sano from the Japan Aerospace Exploration Agency, which is helping develop the robot, as quoted by The Associated Press.

“The robot's legs aren't ready yet,” Rob Ambrose of NASA's Johnson Space Center said in the agency's Jan. 31 press release. “We're still testing them. But there will be plenty for R2 to do while waiting for its lower extremities.”

Japan also hopes that the robotic technology could be applied to assist with the care of the country's increasingly aging population.