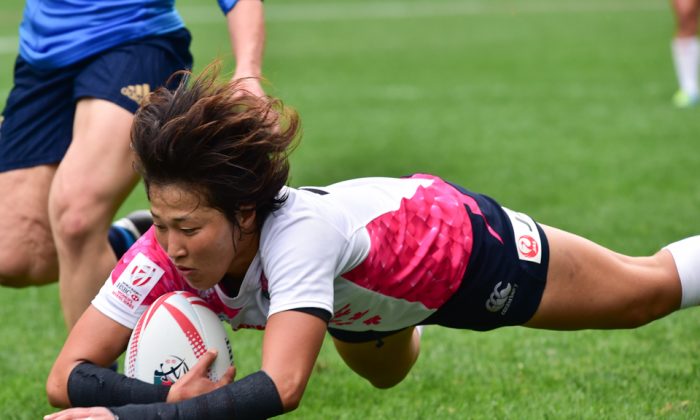 Japan Qualify for the Women’s Series

Today’s honours, went to the women. The Hong Kong Women’s Sevens tournament, which began yesterday culminated in a final between Japan and South Africa, the standout teams over the two days. Japan was undefeated coming into the final, having eased by Italy in the semifinal 31-0, and China 28-14 in the quarterfinal. South Africa, who had lost against Italy in their pool, had a tougher semifinal against Belgium, edging the match 17-7, and capitalizing on a yellow card against their opponents. South Africa comfortably won their quarterfinal against Papua New Guinea 29-7.

The final was evenly contested. South Africa scored first and established a 10-0 lead, before Japan got on the scoreboard on the stroke of half time. In the second half, Japan dominated possession, supported well, and created some excellent breaks to score three more tries and celebrate a deserved 22-10 victory. The Sakura Seven can look forward to pitting themselves against the best next season as a core team on the Women’s Sevens circuit.

Spare a thought for the teams that fought hard and came away with nothing. Many of the games were very close. This was a quality tournament and a great advert for Women’s Sevens; hopefully in near future, the circuit can include more than 12 core teams as there’s enough interest and talent to warrant expansion plan.

The Men’s Qualifier also got underway in Hong Kong. After two rounds of matches, Spain, Germany, Papua New Guinea, Hong Kong and Chile remain undefeated; but teams like Uganda, and Namibia look capable of providing shock results. Like the Women’s tournament, the Men qualifier is providing excellent, competitive rugby; if this is a direct result of the ‘Rio afterglow’, then rugby sevens is in rude health with a bright future. The final round of pool matches is played tomorrow morning, before the quarterfinals in the evening.

In the Main tournament, the first round of pool matches rounded-off Friday evening. There were no surprises, the ‘big teams’ did enough to win, and most matches were close enough to ensure no result can be taken for granted.

The highlight of the evening, belonged to Dan Norton of England, touching down in the match against South Korea, to score his 245th try and become the record holder for tries scored in the HSBC World Rugby Sevens Series. Chapeau Dan. Well deserved.