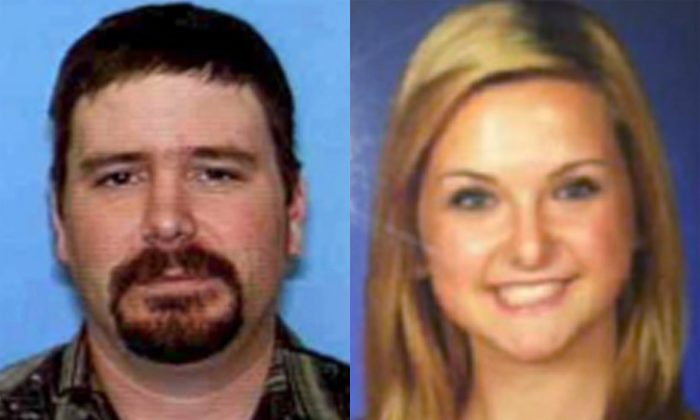 The Los Angeles Times, which broke the story on Saturday night, reported that the teen is safe.

DiMaggio was shot in the Idaho wilderness at around 4 p.m. north of Cascade, a source told the Times.

San Diego sheriff Bill Gore told reporters that Anderson “appears to be in good shape,” according a live feed from NBC News. He said she was taken to a hospital to be evaluated, and they will ask her more questions.

He said her father, Brett Anderson, will head to Idaho on Sunday.

“I just know that we have a lot of resources in that area,” noting that air units spotted their campsite and then ground units were able to find DiMaggio.

Authorities were scouring central Idaho to find the two, following a multistate manhunt and Amber Alert.

DiMaggio, 40, is suspected of burning down his home, killing Anderson’s mother, Christina, and her 8-year-old brother, Ethan, in Southern California.

“We are going to continue searching for as long as we believe this is the area most likely where this pair would be,” Ada County Sheriff’s spokeswoman Andrea Dearden told The Associated Press before finding DiMaggio. “We’re going to put every resource possible here, every person possible that we can.”