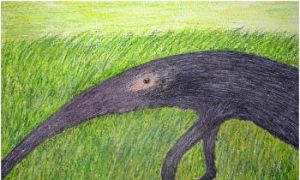 Nostalgia for a Bygone Childhood
0 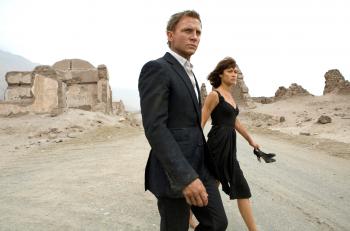 By Jean Lee
Print
James Bond returns with a vengeance and a personal score to settle. Daniel Craig’s version of a rough, tough, and darker Bond continues from the last installment Casino Royale.

The film opens with an intense chase scene as Bond is pursued in his Alfa Romeo speedster by the villains through a mining quarry. As the Bond car out-maneuvers his pursuers and returns from the windy dirt road back to the city streets, the opening credits and franchise theme song stylishly roll.

Initially Bond’s mission is to find the bad guys involved the so-called Quantum organization. The mission has Bond following leads to Austria, Italy, and South America.

The action in the film is choreographed wonderfully including chases in cars and planes, mid-air gun fights, and intense explosions. Director Marc Foster does an excellent job pacing the film with each subsequent action sequence able to provide that hold-on-to-your seat feeling. One particular scene that really grabs you is where Bond running from roof top to roof top. The pursuit finishes in a construction zone inside of a multi-level building that has scaffolding everywhere. When Bond must update M (Judi Dench) he responds “It was a dead end” in classic Bond humor.

Bond girl Olga Kurylenko plays the vengeful Camille, who is also out to settle personal grievances. We most recently saw Ms. Kurylenko in the video game to movie adaptation, Max Payne. Camille seeks revenge against General Medrano (Joaquin Cosio) who tortured and beat her family. Medrano is a conspirator with lead villain Dominic Greene (Mathieu Amalric, Diving Bell and the Butterfly). Greene heads up the group of secretive and high powered socialites that make up the Quantum. This group maintains to be the same syndicate that convinced Vespa, James Bond’s girlfriend from Casino Royale, to betray him.

The personal vendetta theme of this Bond really brings it home. The not-so far fetched stunts almost seem to be what you would think a real secret agent could perform. There are some incredible action steps, but with correct training, it’s definitely possible.

This sequel to Casino Royale is done very naturally, and may divide new and loyal fans in regards to what a Bond film should be.