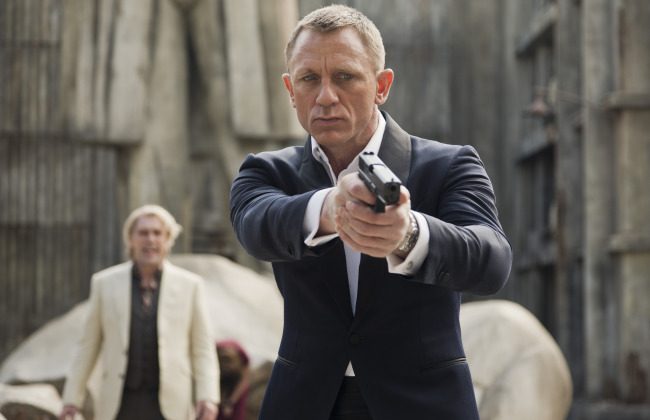 The James Bond 24 and 25 movies–which will again have feature cast members Ralph Fiennes, Daniel Craig, and Naomie Harris–will continue the themes and ideas in Skyfall.

“My goal is to write a great movie that’s appropriate, to build on what we did on Skyfall, but make it its own unique animal,” writer John Logan told IGN.

“The themes, ideas and the characters from Skyfall can obviously continue on, because it is a franchise, and it is an ongoing story. So I think there’s resonance from Skyfall in the new movie.”

Neither of the films have a release date yet.

“I grew up on the Bond movies,” Logan said of his own connection to the Bond franchise. “The first one I saw was Diamonds Are Forever, when I was a kid. I just loved them to pieces. I love all the elements, from the books — mostly from the novels; going back to Ian Flemming is where I started with Skyfall — and there’s certainly elements of the movies and the novels that we’ve brought into the new movie, as they did into Skyfall.”

Harris left hints of what to expect in the next two films in an interview with Total Film.

“I feel like Skyfall is one part of a continuing story,” the 37-year-old Brit said. “It needs completing and it needs the same storyteller.”

She also said that she enjoys working with Craig.

“I really got on with Daniel,” she smiles. “It would be strange if someone else took the role. He’s a brilliant Bond for our times. And I’m so relieved [about director Sam Mendes returning]. He chose me and had a vision for my character.

“I’d feel really weird working for someone who hadn’t chosen me and didn’t have that vision. I just want him to see it through.”