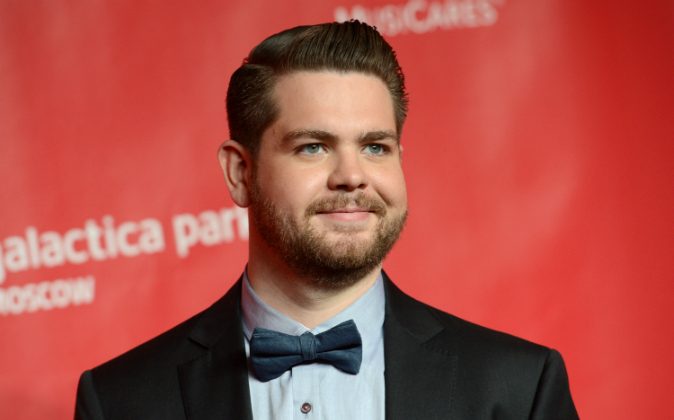 Jack Osbourne is the offspring of famous parents—his father is rocker Ozzy Osbourne and his mother, Sharon, co-hosts CBS “The Talk”—yet he has kept a fairly low-profile since the conclusion of their eponymous MTV reality television show in 2005.

Aside from a few appearances in several scripted television shows and additional reality television shows, Jack, 30, has shied away from the spotlight, choosing to remain behind it as a filmmaker.

In 2012, Osbourne made headlines when it was revealed that he was diagnosed with relapsing-remitting multiple sclerosis (RRMS), after he had experienced symptoms for four years including blindness in his right eye, problems with his bladder, and numbness in both legs.

The diagnosis came two weeks after the birth of his daughter Pearl with then-fiancée Lisa Stelly. It set him on an emotional roller coaster that he still experiences four years later.

“Depression is the most common side effect of sufferers with multiple sclerosis,” Osbourne told CNN. “I don’t take medication for it, but I do have bouts of it.”

Osbourne continued, “I get frustrated at the notion when I start going down that hole at like, ‘Oh I can do all this stuff’ but if I woke up tomorrow I’d be really [expletive] annoyed if something is not working right. Like, I can’t grip well or I lose vision in my eye again.”

Multiple Sclerosis is an incurable neurological disease that damages the nerves, which in turn affects the transfer of messages throughout the body.

The same year of his diagnosis, Osbourne married Stelly, whom he credits for keeping him positive in his journey.

“If I’m down in the dumps she says, ‘Get your [expletive] together.’ My tendency is I tend to have a more dismal approach.”

Coupled with Stelly’s support and his refusal to let MS make him feel defeated, Osbourne launched a website, You Don’t Know Jack About MS, to bring awareness to the condition and to serve as a support system for those newly diagnosed. He also uploads videos documenting his own bouts with the disease, as well as others’ struggles with living with MS.

“I’m very fortunate. Admittedly, that’s not the case with everyone with MS,” Osbourne said. “In some regards, people might say I’m not the best spokesperson for MS because I’m the better side of things, and some people have been frustrated by this, but that’s the diversity [of this disease].”

To keep the symptoms at bay, Osbourne injects Copaxone, which prevents the relapse of MS.

“I’m not going to waste a weekend just sitting around at the house,” he said. “I’m going to go do something and it’s usually something active.”