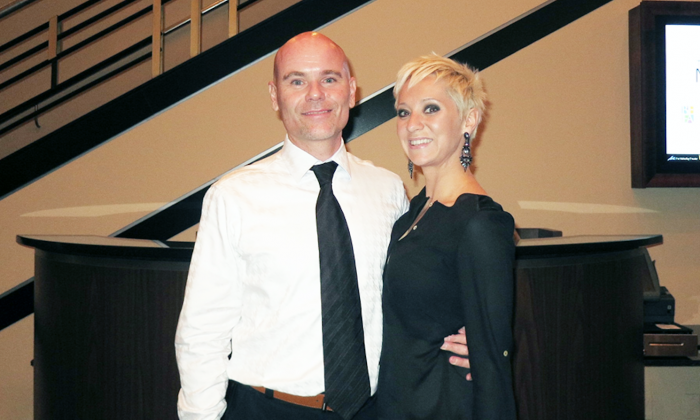 ST. PETERSBURG, Fla.—When some people see Shen Yun Performing Arts for the first time, they feel so much love and energy from the performance that it is almost indescribable. The performers bring traditional Chinese culture to life on stage, making you feel as if you are actually there.

“You almost feel like you can’t see a stage, like it’s right there,” A.G. Dillard, a national sales director for National Event Publications, said after the Jan. 12 performance at the Mahaffey Theater at the Duke Energy Center for the Arts.

Mr. Dillard was so touched by the performance that he said it was the best performance he had ever seen live. “I’ve never seen anything like it in my life,” he said.

He enjoyed the magical evening with his friend Taylor Hopson, who said she could feel the performance in her heart.

“It was just so beautiful,” she said. The one word that repeatedly came to mind for her was “love.” And Mr. Dillard agreed that the performance stirred his emotions.

“You can literally touch it and feel it. And so it stirs the soul and it brings out a lot of emotions of love and passion,” he said.

The New York-based Shen Yun performs mini scenes from myths and legends of China’s ancient culture, and expresses the emotions of the characters through classical Chinese dance.

Classical Chinese dance is steeped in the thousands-year Chinese culture that was passed down from dynasty to dynasty, states the Shen Yun website. This dance form is comprised of exquisite movements and postures as well as complex flips and tumbles.

The love that these two theatergoers felt comes from the dancers’ inner spirit. Through every breath and intent, classical Chinese dance allows them to express deep emotions in the dance movements and subtle gestures.

Mr. Dillard and Ms. Hopson recognized that the dancers love what they do.

You can tell that they truly love what they do and are inspired to share that story with us.
— A.G. Dillard

“You can tell that they truly love what they do and are inspired to share that story with us,” Mr. Dillard said.

“It goes from the stage. You feel their love, even the musicians, and the singers—so amazing—and the piano player, every single last detail,” Ms. Hopson said.

The dancers, who have perfected complicated leaps and flips, provide powerful and uplifting performances to audiences worldwide.

“The athleticism and the discipline of those that are in action and actually portraying this to the public, it’s phenomenal,” said Mr. Dillard. “The scenes, the charisma of all of those that are participating, … they take it to another level.”

Ms. Hopson said the performance was so beautiful that she almost cried. She said she would come to see the show again, and Mr. Dillard agreed.

“I feel very blessed to be able to be here and to be a part of it, and see it, and experience it for myself. So [it’s] something that’s once in a lifetime,” he said.