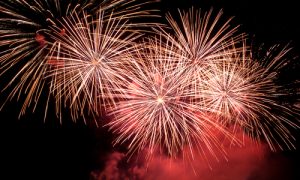 Turn Your Dead Loved One Into Fireworks, or a Pencil Set
0
Share Now
TelegramFacebookTweetEmailTellMeWeReddit
Copy Link 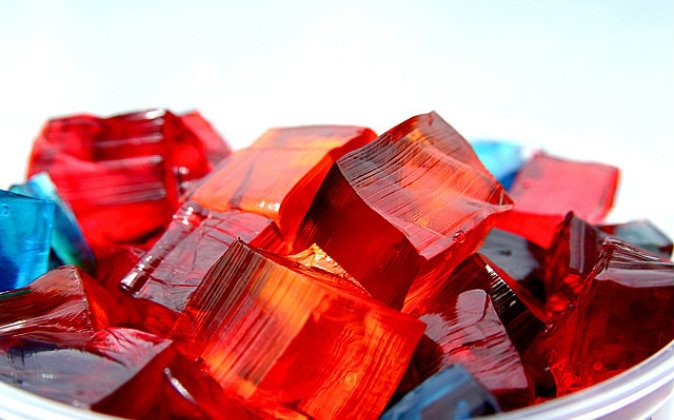 Gelatin: One of many products made from humans? (Steven Depolo/Flickr, CC BY 2.0*)
Beyond Science

It’s Made From People! The Various Ways We Make Products out of Humans

Cannibalism isn’t what it used to be.

When speaking of consuming humans, many people imagine Hollywood-film-hordes, hungry head hunters stoking the fire under a simmering cauldron filled with surprised tourists. Or they recall the classic 1973 science fiction film “Soylent Green” and it’s iconic line: “It’s people! Soylent Green is made out of people!”

In “Soylent Green,” due to global collapse, a desperate and starving humanity is unknowingly being fed human remains as a food source. Fast forward to 2015 and due to biological and scientific advances, we are taking tentative steps towards making goods from human beings.

Beyond the more familiar organ and tissue transplants, there are many surprising ways humans and human tissue are incorporated into products, foods, and services.

Historical legend recounts the dark story of the Blood Countess, Elizabeth of Bathory (1560–1614 A.D.), from the Kingdom of Hungary. She is said to have been a prolific serial killer who allegedly bathed in the blood of her young victims in order to retain her youth. The young blood was believed to have rejuvenating qualities.

In modern times some allege “blood facials” are a quick fix to aging skin. According to a reporter for The Telegraph, the so-called “vampire facial”—in which a client’s own blood is extracted and applied to the client’s face as a serum—is done to look youthful.

During the procedure in central London, the clinic doctor said while performing the blood facial, “When you get older, the top layer of your skin thins and becomes pale and less glowing. Injecting it with platelet-rich plasma [the fluid part of blood] restructures your dermis and creates the collagen and elastics that make your skin look younger.  … I like to call plasma ‘the golden liquid,’ and that’s what we’ll be putting into your face.”

Human should be on the menu says BiteLabs, a company that wants to make meat from celebrity tissue samples. The startup ran a campaign in 2014 that supported taking voluntary tissue biopsies from famous donors and using the cells to grow proteins which would then be turned into specialty sausages.  Their stated primary goal was to provoke discussion and debate surrounding bioethics, and secondarily to make sausages. BiteLabs was inspired by the Google Burger, a lab-grown, synthetic, beef burger made by Google co-founder and investor Sergey Brin. No celebrity sausage has been served as of yet.

Human should be on the menu says BiteLabs, a company that wants to make meat from celebrity tissue samples.

While BiteLabs’ human sausage is a mere concept, real human “luxury” ice-cream hit the market in 2011 at the Icecreamists restaurant in London. Dubbed “The Baby Gaga” in reference to famous pop singer Lady Gaga, and the type of milk, the ice-cream was infused with real breast milk from donors. According to The National Post, one of the donors said of the ice-cream product, “It wasn’t intrusive at all to donate—just a simple blood test. What could be more natural than fresh, free-range mother’s milk in an ice cream?”

The vanilla flavored ice cream was removed from shelves after a short availability and was seized by health officials for tests to see if it was safe for human consumption.

Gelatin is traditionally made from the skin and bones of animals. But researchers from the Beijing University of Chemical Technology reportedly created a human gelatin product in 2011. The scientists combined human gelatin genes into a strain of yeast. What the benefits of human-derived gelatin are, beyond the creepy factor, remain unclear, but it is suggested that the gelatin won’t cause immune responses because it will be guaranteed to be free of human-attacking pathogens.

It is suggested that the gelatin won’t cause immune responses because it will be guaranteed to be free of human-attacking pathogens.

Companies are currently seek to create their own versions of human gelatin for the pharmaceutical industry. Capsule manufacturers might use the specialized gelatin for creating medication capsules, or the outer shell of pills.

Less provocative than human foodstuffs is the older tradition of using human hair to create keepsakes of loved ones. This antique mourning jewelry was typically made up of lockets, bracelets, necklaces, and rings crafted with hair of the deceased. The trend became so popular in 1861 that 50 tons of human hair a year was imported into Victorian England for use by the country’s jewelers for mass production, reports Collectors Weekly. This meant that knowing the hair donor wasn’t necessary in most cases, and it was simply the hair which was important and fashionable. This type of adornment was known as “sentimental jewelry.”

Turn Your Dead Loved One Into Fireworks, or a Pencil Set
The artist says the occult jam is both art and food.

In 2010 an artist made preserves, called “occult jam,” allegedly prepared by incorporating a tiny speck of the late Diana Princess of Wales’ hair. The hair was combined with gin, milk, and sugar, and a creamy preserve was made and then entered into a surrealist art show in London. The hair strand was purchased on eBay for $10.

The artist says the occult jam is both art and food.

To their surprise, a Harvard dermatologist and scientists at the Harvard Mass Spectrometry and Proteomics Resource Laboratory discovered a book in the university’s Houghton Library which had been bound in human skin. This macabre find is one of only a few ever located. The Atlantic reports that a few books in history have been proved to be covered in human skin; examples include the confessions of criminals bound in a convict’s skin, or even flesh-covered memorials of loved ones in the form of a book.

Scientists discovered a book in the university’s library which had been bound in human skin.

Occasionally the books bear written evidence that reveal the human skin coverings, such as in the inscription from the Harvard volume of Arsène Houssaye’s “Des destinées de l’ame” (Destinies of the Soul): “This book is bound in human skin parchment on which no ornament has been stamped to preserve its elegance. By looking carefully you easily distinguish the pores of the skin. A book about the human soul deserved to have a human covering.”

Mummies, the famously preserved, deceased humans, had many different grisly uses. Once removed from their resting places in Egypt, the desiccated and wrapped bodies were ground up to make pigments for paint, known as “mummy brown.” This precious 17th century product was in demand by artists, and it was claimed that one mummy could supply enough paint to last several artists for twenty years.

Ground mummy powder was also used as a topical medicine, and believed to have healing powers.

For now, it would seem that society isn’t descending into a cannibalistic frenzy even as we develop the advanced techniques to create laboratory meats and food products from humans. Our desire to push scientific boundaries is currently tempered with caution. Historical uses of humans in products are now seen as a chilling reminder of roads best left untraveled. Not many of us want to end up on a menu anytime soon!

Liz Leafloor is a freelance writer, editor, and designer. She examines mysterious subjects such as spiritualism, ancient myth, history, technology, archaeological discoveries, life and death, and the unexplained.

*Image of gelatin by Steven Depolo/Flickr, CC BY 2.0