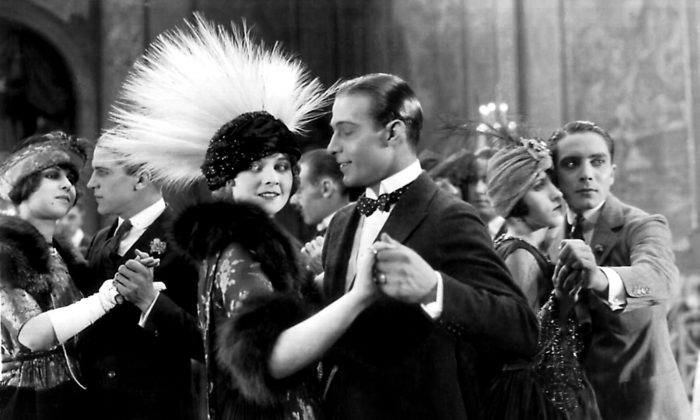 Most people probably have an image of World War I derived as much from popular culture as from school textbooks, especially in this centenary year. It is the image of hopelessly naïve soldier-victims marching to their doom that endures, completely unaware of the living hell they were about to experience.

But this evocative image isn’t an inevitable legacy. It can actually be traced back to the single most iconic and studied novel of the conflict, Erich Maria Remarque’s All Quiet on the Western Front (1929). The novel was adapted into a film the following year, directed by Lewis Milestone.

Both the novel and film recount the war experiences of a group of teenage German schoolboys who enlist in a patriotic fervour, only to find that war life is a long series of physical misery, humiliation, violence, death, and ultimately, coldness of heart. Due to the acclaim and influence of these texts, even those who never seen the film or read the novel have probably been influenced by their presence in popular culture.

But this leaves more than a decade between the Armistice and the publication of this book, the following film and its resulting popularity. So what did studios believe that audiences wanted to see in films that confronted the war in these years?

In the initial years after the Armistice in November 1918, the artistic response to the war was far less uniform. Widely differing views of the conflict emerged.

There is evidence that many in the industry believed that public were exhausted by the war, and were not likely to want to turn back immediately and watch films about it. But the conflict was nearly continuously present in the news in this period and this fed into popular culture.

So despite the apparent belief that war films was would be unpopular, a great number of them were released and some enjoyed critical popularity. The Heart of Humanity was a film about a nurse experiencing the horrors of the Hun, released in December 1918. A staff writer using the Chicago Daily Tribune’s all-purpose pseudonym Mae Tinee headlined her rave review by saying that it was: “A war film, yes! But you must not miss seeing it!”

There were certainly a great deal of war pictures. Leslie Midkiff-Debauche documents that at least 54 war films were released in the United States in 1919 alone. As she indicates, many of these were no doubt propagandist films produced during the fighting, but the sheer number is staggering.

But there hadn’t yet been a blockbuster that dealt with the war, and the first to do so demonstrates the ambivalence towards it that was exhibited at the time. The Four Horseman of the Apocalypse, released in 1921, was a big budget epic based on the Spanish-language novel by Vicente Blasco Ibanez. The book had been a massive bestseller as well as a critical success in America during the war, possibly due to its extreme anti-German content.

At first glance it doesn’t seem to be much of a war film. The plot concentrates on the struggles of a mixed Argentine family in France during the conflict. Few scenes feature actual military life. But aside from Rudolph Valentino’s famous tango, the most iconic moment occurs at the very end, when the family patriarch visits his son’s grave in a mass cemetery. The scene has a mystical air to it, and although it is nothing compared to the horror and violence we’re now used to seeing on screen, it was received by many at the time as gruesome and in very bad taste. The simple of act of showing the final resting place of the many dead was too intense to be comfortable for many.

This final scene demonstrates the complexity and limitations of portraying the bloodiest conflict in history to an audience not used to seeing what we now think of as realistic violence or gore on screen. As the decade continued, war pictures such as The Big Parade (1925) would display hints of the trauma of the war, which in the cultural sphere seemed to be ever increasing. This finally climaxed with All Quiet on the Western Front. With this film, the psychological black void at the centre of the Great War experience finally reached clear focus.

It was around this time that the floodgates opened. The horror of the war could finally be looked at – and a key way to put this across was by concentrating on the naivety of the soldiers before they reached the front, or the hardened cynicism that emerged when they arrived there. So many more representations in this vein cropped up – there was the R.C. Sherriff play Journey’s End (1928), which was subsequently adapted into a film by James Whale (1930), Charles Yale Harrison’s novel Generals Die in Bed (1930) and Raymond Bernard movie Wooden Crosses (1932).

How we remember the war, then, is largely shaped by how popular artists struggled and sought to approach it in the late 20s and early 30s. But it’s worth remembering that missing decade.

Ryan Copping does not work for, consult to, own shares in or receive funding from any company or organisation that would benefit from this article, and has no relevant affiliations. This article was originally published on The Conversation. Read the original article.