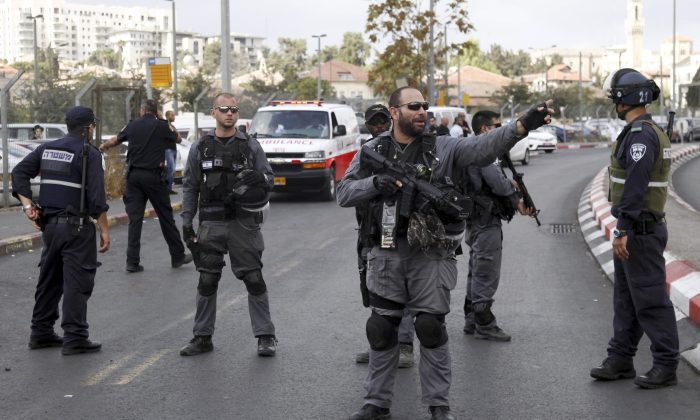 An Israeli man is being described as a hero after he used nunchucks to subdue a Palestinian terrorist who stabbed an Israeli soldier on Monday night.

Yair Ben-Shabbat, the man, saw the commotion on a bus in Jerusalem and decided to act.

“I saw a struggle inside the bus. I asked, ‘What’s going on?’ and was told someone was trying to grab a soldier’s weapon,” Ben-Shabbat was quoted by Israel’s 0404 News as saying.

“Then I saw two people on [top of] the terrorist and a soldier almost strangled by his [gun] strap,” he added.

Ben-Shabbat, who was carrying the self-defense weapon in response to a spate of Palestinian stabbing attacks, hit the terrorist around six times with the nunchucks before he let go of the Israeli soldier’s gun.

Israelis have foiled terrorists with nunchucks, umbrellas, and selfie sticks. This lady is armed with a rolling pin! pic.twitter.com/StuE78Umpf

As a result of the stabbings, Israel deployed troops in Jerusalem and other Israeli cities to quell the attacks.

According to a count done by the Washington Post, eight Israelis and 28 Palestinians have been killed in the past two weeks. Israelis have told the Post that 12 of those Palestinians attacked Israelis, while the others died in clashes with Israeli security forces.