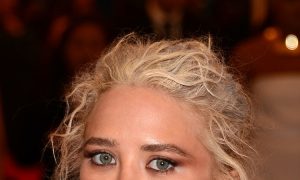 Israeli Prime Minister Ehud Olmert said after today’s cabinet meeting: "We did not start an operation is Gaza only to finish [it] with bombs still falling on the Israeli population, as they were before the operation".

"Israel has restrained itself for years,” Olmert continued. ‘We gave chances for a truce, we said to ourselves ‘Let’s try,’ but Hamas broke the truce. When conditions are ripe we will consider the matter, but at the moment we are not there.”

Some Israelis say that a land operation is close, as ground troops gather near Gaza waiting for the order to go in. Earlier this week the Israeli Government and parliament authorized the defense minister, Mr. Ehud Barak, to call up 9,000 reserve soldiers in preparation for a possible ground campaign.

As the fighting Wednesday accelerated, Israel continued bombing in Gaza. Hamas Prime Minister Ismail Hania's office was bombed again and some Hamas-operated Grad missile launchers were also attacked. A mosque that was used for storing and making missiles was bombed too. The heavy rain necessitated a pause in the bombing, allowing the population of Gaza to get out of their shelters briefly.

Israelis woke up yesterday to a new reality, when Chinese-made missiles reached deeper into Israel than ever before, landing in Be'er Sheva, one of Israel's main cities. There was a total of 4 missile impacts in Be'er Sheva; two of the them hit schools. A total of 60 missiles fell on Israeli cities on Wednesday.

Israeli estimates prior to the operation predicted that a few hundred missiles would fall on Israel during the operation. The actual number is somewhat lower, possibly because the Israeli airstrikes have been more successful than expected at targeting Hamas launch sites.