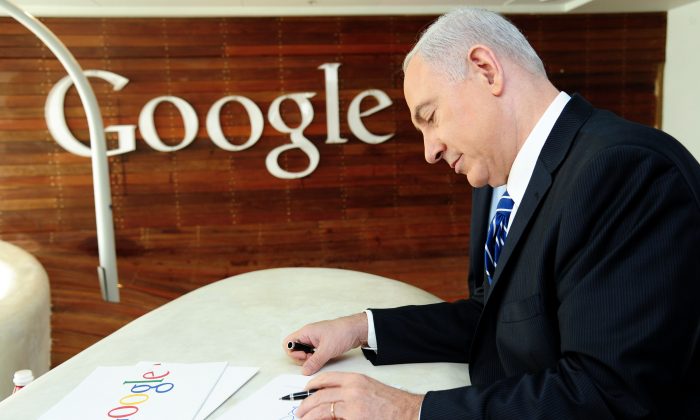 JERUSALEM—Israel is the mother of invention. It has more tech startups and more people working in research and development than any other country in the world.

Its advances in medical technology have saved lives around the world, including that of former U.S. Congresswoman Gabrielle Giffords—an emergency medical team applied a revolutionary elasticized bandage developed in Israel to her head wounds.

Israeli inventions have proliferated and prospered, “from the hospital to the farm, from outer space to your kitchen,” said Marcella Rosen at the Jerusalem Press Club on July 3. She was quoting her book, which she presented at the Club, titled, “Tiny Dynamo: How one of the World’s Smallest Countries Is Producing Some of Our Most Important Inventions.”

A few weeks ago, Google acquired the Israeli online mapping service Waze for $1.1 billion. The acquisition recalls the 1998 deal in which America Online bought the instant messaging program ICQ from Israeli startup Mirabilis for about $400 million. ICQ gained great popularity.

Some 63 Israeli companies are listed on the NASDAQ, more than those of any other country. In Israel, 140 people out of every 10,000 work in research and development—a considerable lead on the United States, which comes second in the world with 85 people per 10,000.

Israel has more tech startups and a larger venture capital industry per capita than any other country in the world, according to The Economist.

How Does Israel Do It?

So how is it that one of the world’s smallest countries is producing some of our most important inventions? Rosen said the answer isn’t simple, yet she said the country’s largely immigrant population and the Israeli Defense Forces (IDF) have something to do with it.

“I don’t think there is an answer, at least not a single answer,” she said. “Maybe the facts simply speak by themselves.”

Rosen noted that many of Israel’s 7.2 million citizens are immigrants from more than 70 nations.

Dan Senor, a former U.S. foreign policy official, and Saul Singer, a columnist at The Jerusalem Post, called the open immigration policy an “idea factory,” in their 2009 book, “Start-up Nation, The Story of Israel’s Economic Miracle.”

“Immigrants are not averse to start from scratch,” states the book. “From survivors of the Holocaust to Soviet refuseniks through the Ethiopian Jews, the State of Israel never ceased to be a land of immigration.”

Senor and Singer also said the IDF promotes creativity and intelligence. Every young Israeli is obliged to serve in the IDF for at least two years. The writers say IDF service gives youths a sense of responsibility, and creative thinking is encouraged in the relatively non-hierarchical environment: “If you’re a junior officer, you call your higher-ups by their first names, and if you see them doing something wrong, you say so.”

At the Jerusalem Press Club, Rosen also cited the nonconformist IDF environment as one of the reasons for Israel’s success.

Hezi Himmelfarb, CEO of IceCure, an Israeli company that developed leading technology for removing breast tumors, was also present at the Press Club. He said the taste for adventure developed in the IDF can help expand young minds: “My son, after his military service, didn’t rush to the university. He flew to South America to experience new adventures.”

In Rosen’s book, she explores the success of 21 Israeli inventions, including IceCure’s technology. IceCure’s development is an example of an invention that builds upon, or improves, existing technologies.

Himmelfarb explained the development of IceCure. It all began in a research incubator in 2006. Scientists started with the method of freezing a breast tumor using high-pressure, cooled gas. This method had been used since the 1980s, but required full anesthesia and risked deforming the breast.

They replaced the gas with liquid nitrogen, making all the difference. It became compact enough to fit in a doctor’s office, and required only local anesthesia. The process kills the tumor tissue and “once it’s dead, the body knows how to get rid of it,” he said.

According to Senor, former Palestinian Prime Minister Salam Fayyad kept a copy of “Start-up Nation” on his desk as a source of inspiration for the West Bank’s own burgeoning tech industry.