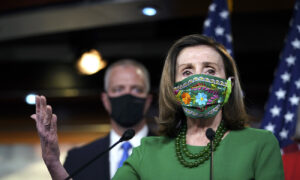 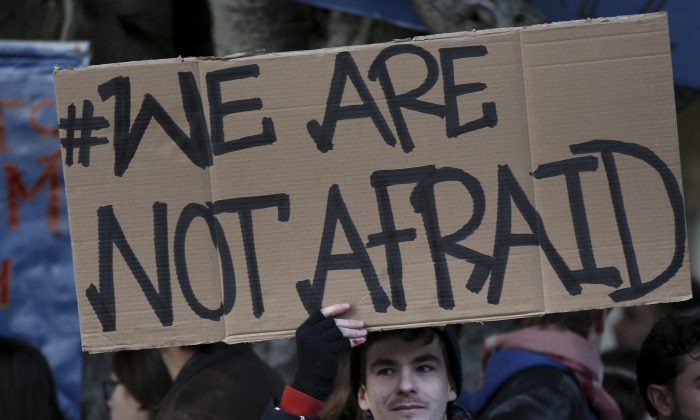 A journalist holds up a placard as he joins with other Lebanese and foreign journalists, activists and intellectuals during a sit-in to show their solidarity with the victims of Wednesday's attack in Paris on the Charlie Hebdo newspaper, in downtown Beirut, Lebanon, Sunday, Jan. 11, 2015. The attack on the French satirical newspaper has caused grief and soul-searching around the world, and exposed the risks humorists can run in an era of instant global communications and starkly opposed ideologies. (AP Photo/Hussein Malla)
US

ISIS Threat to United States: NYPD, FBI on Alert After US Threat

The New York Police Department and other law enforcement agencies are on heightened alert over a new threat from the ISIS terror group.

The threat came in the form of a video from the Islamic terrorists, in which the group’s spokesman Abu Mohamed Al-Adnani told followers to kill officials and law enforcement.

“Do not let the battle pass you by wherever you may be,” he said. “Strike their police, security and intelligence members, as well as their treacherous agents.”

He also called for so-called lone wolf attacks, which have one person or a small group killing people without contacting ISIS directly.

Al-Adnani said such people who don’t have “an (improvised explosive device) or a bullet” handy, can “smash his head with a rock, or slaughter him with a knife, or run him over with your car.”

An internal NYPD safety memo alerted officers to the threat. The memo was circulated on social media over the weekend.

Although the message from ISIS is similar to ones conveyed to followers in recent months, the NYPD noted that this one should be taken more seriously in light of the attacks in France.

The FBI and U.S. Department of Homeland Security issued a similar bulletin to law enforcement across America, reported CNN.

“They are hoping that the attacks in Paris by a group which included a self-professed ISIS follower will inspire other attacks in the West,” terrorism analyst Paul Cruickshank said.

John Miller, the NYPD deputy commissioner for counterterrorism, said that the NYPD is always on a heightened security posture compared to almost any other police department, but did say that the terror group is trying to use the Paris attacks as a way to gain new adherents.

The video, which takes some scenes and messages from an older video, is “using the momentum from the Paris attacks in part of their messaging strategy to see: ‘Who can we get to follow this?’ ” Miller said on CBS.