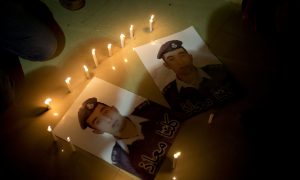 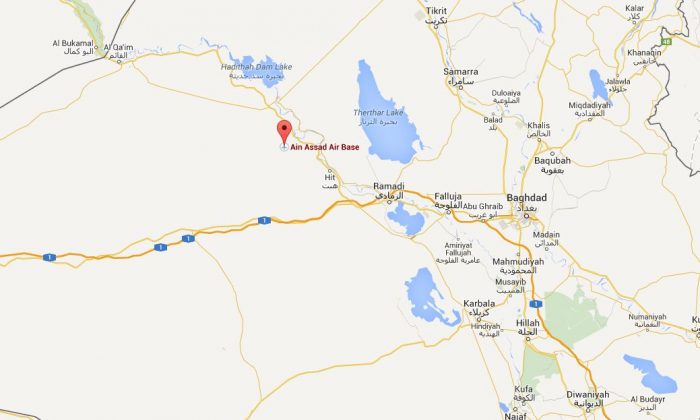 The city of al-Baghdadi in Iraq was taken by ISIS militants on Thursday, a mere few miles from a Marines base.
News

The city of al-Baghdadi in Iraq was taken by ISIS militants on Thursday, a few miles from an air base with U.S. Marines, according to Reuters.

UPDATE as of Friday: It has been reported that ISIS militants dressed up as Iraqi soldiers and tried to attack the air base, but they ultimately failed.

But a rumor that was being spread on social media sites and several blogs said “300 Marines” were “trapped” at a nearby base, and it said Iraqi officials lost contact with them. Another rumor claimed that Ramadi city, located about 50 miles from al-Baghdadi was also taken, but that hasn’t been confirmed either.

Mainstream news outlets have not reported on 300 Marines–or any U.S. soldiers in Iraq–being “trapped” by ISIS, or the Islamic State, which is also known as ISIL.

UNCONFIRMED: There are initial reports of ISIS attack/capture of al-Asad air base in which there are over 300 U.S. marines

The al-Asad air base is near the town of al-Baghadai in Western Iraq, apparently captured a few hours ago by ISIS

Reuters notes that ISIS is “threatening an air base where U.S. Marines are training Iraqi troops.”

“Al-Baghdadi, about 85 km (50 miles) northwest of Ramadi in Anbar province, had been besieged for months by the radical Sunni Islamist militants who captured vast swathes of northern and western Iraq last year,” said the report.

Naji Arak, a district manager, told Reuters that about 90 percent “of al-Baghdadi district has fallen under the control of the insurgents.”

The Marines are stationed at the Ain al-Asad base (also known as Ain Assad Air Base, as seen above in the map). The insurgents attacked base, but they were unable to break it. The base is located about 3 miles south of the town.

Pentagon spokeswoman Navy Commander Elissa Smith told Reuters confirmed there was  fighting in al-Baghdadi, but it didn’t spread to the base. “There were reports of ineffective indirect fire in the vicinity of the base,” she said.