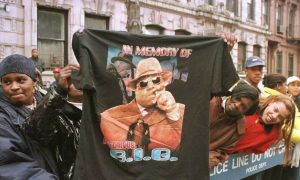 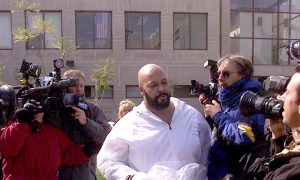 Count How Many Times 'Suge' Knight Has Faced Death
0 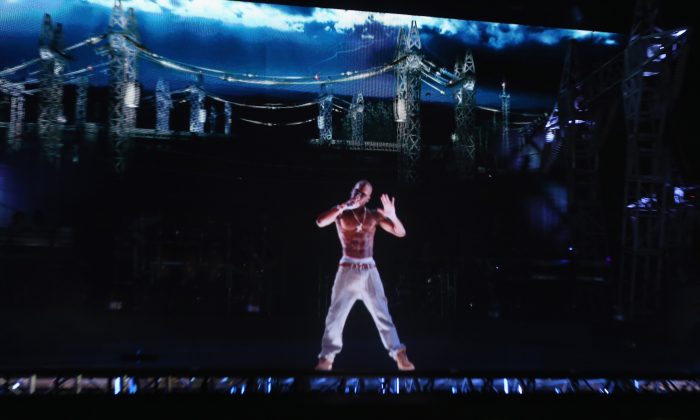 Is the LAPD Hiding the Tupac Shakur Murder Weapon?

Was the handgun used to murder hip-hop artist Tupac Shakur deliberately hidden by police? A documentary of the controversial rapper’s life and death claims so.

The A&E television documentary “Who Killed Tupac?” claims that the weapon used in the 1996 shooting was later turned in to the Compton, California Police Department by a civilian on May 30, 1998.

Ballistic tests showed it to be the same gun used in the Tupac Shakur killing, the documentary claims—and a detective investigating the 1997 murder or rival rapper Notorious B.I.G. recognized the address where it was found, in 2006.

The firearm was found in the home of a known member of the Crips street gang.

The detective did not announce his discovery. Neither did he send the gun to Las Vegas, where the murder of Tupac Shakur was still an open case.

The documentary alleges that federal prosecutors feared the news would spark a gang war.

To this day the question of who killed Tupac Shakur, and why, remains an open mystery. Among hip-hop fans of that generation, the young rapper—he was only 25 when he died—was considered to be a visionary and a force for social change, cut down before he could further expose the unfairness of American society.

To others, he was a victim of the East-Coast/West Coast rap feud, a testimony to the eventual outcome of the thug lifestyle he espoused.

In any case documentaries like “Who Killed Tupac?” find an audience eager for answers, even if they are certain the “real truth” will never be revealed.

Some people claim that record producer Suge Knight ordered the killing, to profit from the young star’s martyrdom.

Others say Tupac faked his death, for whatever reason.

According to another recent documentary, Tupac’s murder has not been solved because law enforcement simply didn’t care.

“Snapped: Notorious Set” claims that Shakur knew his assassin, and police could have learned the killer’s identity, but they simply weren’t interested in investigating the murder of a controversial rap star.

Tupac Shakur was a driving force in his style of music on the West Coast. His former friend Christopher George Latore Wallace, better known as The Notorious B.I.G. or Biggie Smalls, was equally powerful on the New York/East Coast scene.

The rivalry went way beyond being merely commercial.

Shakur claimed in 1995 that Biggie Smalls had advance knowledge of a robbery attempt which left Shakur with bullet wounds and missing a lot of expensive jewelry.

Three months before his murder, Shakur released a track in which he claimed to have slept with Biggie’s wife.

Given the violence espoused by both rappers, it would not seem impossible that Biggie Smalls was in some way involved—or that Tupac’s own supporters might have been involved in the murder of Smalls, six months later.

Another lead which the documentaries claim was never followed was the Crips connection.

In 2002 the Los Angeles Times published “Who Killed Tupac Shakur?” In the article, writer Chuck Philips reported that the shooting was simple revenge.

According to Philips, Shakur, Suge Knight, and some of their friends, attacked and beat Southside Crips gang member Orlando Anderson on Sept. 7, 1996. The beating was itself revenge, payback for a robbery Anderson and other gang members perpetrated on some Death Row Records employees earlier in the year.

Phillips claims that Biggie Smalls had offered the Crips one million dollars to kill Shakur, and supplied the .40 caliber Glock automatic pistol. Anderson, enraged by the beating and eager for the cash, shot Shakur as Shakur and Suge Knight drove past the MGM Grand Hotel on the Las Vegas Strip shortly after 11 p.m. that night.

Police questioned Anderson afterward, but found no reason the charge him.

The story, while interesting, leaves a few questions. Why would an L.A. gang member need a New York rap artist 3000 miles away to supply a firearm? If Biggie Smalls really offered a million dollars for Shakur’s murder, why would any of the Crips wait for an excuse, like a beating? Why not just do the hit for the cash?

In any case, Anderson never received his million dollars, it seems. He died in an unrelated gang shooting in 1998.

In the end, whether or not the Los Angeles Police Department ever had a firearm linked to the murder of Tupac Shakur is not known.

The makers of “Who Killed Tupac?” admit that they never got confirmation from the LAPD. Some officers denied ever seeing the gun, others said they simply didn’t know.

The same goes for all the other questions the documentary raises. Did Tupac know his killer? Do the police know who killed him? Did the police decline to investigate?

Was the killer Biggie Smalls, Suge Knight, Orlando Anderson, other Crips? Someone hired by Smalls or Knight? Someone who was simply angry because Shakur was flirting with his girlfriend (Shakur was allegedly flirting with a car full of young ladies when he was shot.)

Neither documentary, “Who Killed Tupac?” nor “Snapped: Notorious Set” provide answers. No one watching them would probably expect that they would.

Still, the question “Who killed Tupac?” is still interesting to a lot of people—and likely so will the documentaries be.