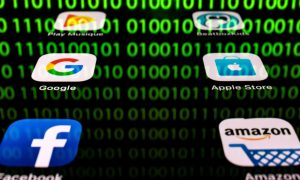 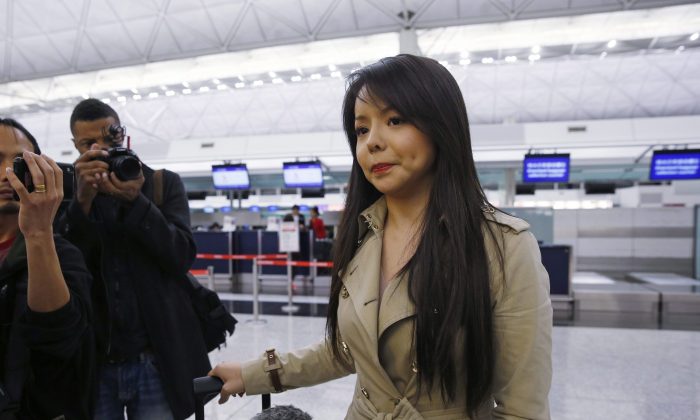 Ryan Moffatt: Is Canadian Democracy at the Mercy of Big Tech?

The precarious state of free expression is a topic that has relevance in just about every news cycle. This is unfortunate.

It can be wearying to discuss ad nauseum the consistent erosion of this one facet of democracy. For the average citizen simply looking to get on with their lives and avoid the perilous tip of the political spear, it may seem like a battle best not fought. Taking a stand comes with great risk and little personal reward, while silence can be the easiest way to keep the wolves at bay. But then again, history is full of silent voices. One could say silence was the surest means of survival in Nazi Germany. Until it wasn’t.

The inherent value of free speech is its singular power to hold those in power accountable. There is no safeguard that can take its place, but it is of no use unless it is exercised. And so it is significant and newsworthy when voices—especially those of dissent—are silenced by arbitrary and ideological constructs.

Two recent examples that hit close to home exemplify the reach and expanse of internet censorship. It is worth considering their context and their ramifications

Lindsay Shepherd, one of Canada’s most vocal proponents of free speech, has been banned from Twitter. Shepherd was thrust into the spotlight two years ago after being reprimanded for showing a controversial video clip of scholar Jordan Peterson in her communications class at Wilfred Laurier University. The episode exposed the nefarious ideological slant of Laurier’s faculty and sparked a nationwide conversation about free thought and speech on campus.

Last week, following a short exchange with a transgender person, Shepherd’s Twitter account was disabled. The tweets contained references to the reproductive organs of both parties, but the interaction was closer to a schoolyard spat than a transgression of rights. And yet Shepherd has been banned for life from the world’s foremost method of mass communication while the other party retains their voice on the platform.

Twitter made an arbitrary decision to silence Shepherd. On what grounds? It is not explicitly stated but it can be surmised that Shepherd crossed an ideological line that only Twitter is privy to.

Now contrast this with the case of leftist activist and Intercept columnist Shaun King, who tweeted praise for the recent attempted Antifa domestic terror attack on a U.S. Immigration and Customs Enforcement facility in Tacoma, calling the perpetrator “the first Martyr,” essentially condoning the use of violence for political gain.

Although King later deleted the tweets, his account is still active. Surely incitement of violence is more worthy of banishment than a mutual bickering as in the case of Shepherd? What exactly is the line that can’t be crossed? Who has the right to decide what constitutes hateful, dangerous, and ban-worthy content in today’s climate?

It’s not only in North America where big tech is exerting control over public discourse; its influence in authoritarian countries is proving to be even more ominous. Facebook, once a key tool in fighting oppression, is succumbing to the whims of authoritarian regimes keen to keep their people in the dark.

A Canadian documentary film exposing China’s oppressive regime has had its advertising reach curtailed by Facebook as part of new measures meant to regulate content involving social issues, elections, or politics. This policy may have relevance in democratic countries but in oppressive regimes it is disastrous.

The film in question, “Badass Beauty Queen: The Story of Anastasia Lin,” follows Miss World Canada 2015 Anastasia Lin as she competes in the world finals on a platform of human rights and freedom in her native country of China. Lin’s outspokenness results in her being barred from entering China to compete in the world finals. The resulting scandal exposed the influence the Chinese communist regime has on international organizations.

The film’s marketer, Toronto-based Judith Cheung, has long used Facebook as a primary promotional tool for various documentary films in the past. In the run-up to “Badass Beauty Queen’s” release on July 23, Cheung received the following message from Facebook: “We require Pages to be authorized to run ads about social issues, elections or politics.”

Basically, Cheung would need to have a partner inside China willing to promote the film—an all but impossible task considering its subject and the risk anyone in China would face in promoting it.

The only party that has a stake in limiting the film’s reach is the fear-filled regime in Beijing. And Facebook, eager to tap the billion-plus market in China, is willing to do its suppressive dirty work.

Social media once had the power to connect the oppressed and facilitate the free exchange of ideas at critical moments. But now, fearing its impact, authoritarian regimes seek to make it a puppet of their own devious ends.

There has been an exponential increase in big tech banning, silencing, and doxing a person, video, or idea.

Big tech wears its liberal bias on its sleeve. Most of these tech giants were born in Silicon Valley, near San Francisco, the epicentre of American progressivism.

It is the nature of an industry that exclusively values technological advancement to instinctively reject the traditional when it is seen as a restrictive agent. Traditionalists, by comparison, enjoy a modest approach to change and are less prone to distancing themselves from the past. Radical progressives are more apt to erase history without pausing to consider whether thousands of years of learning and evolution have some inherent value.

Twitter, Google, Facebook and the like would better serve the people by focusing their vast resources on egregious incitements to violence instead of banal exchanges between the ideologically opposed.

We desperately need voices like Shepherd’s, whether you agree with her or not. They keep power accountable. We also need big tech to resist the temptation to succumb to the demands of authoritarian regimes and dictators.

The internet continues to shape the human psyche and the arc of the world in ways impossible to imagine even five years ago. The oft-cited comparison of big tech to the Orwellian nightmare of “1984” is moving closer to reality than even George Orwell could have imagined. Without some much-needed pause we may surpass his dystopian vision of the future and find ourselves wishing we had raised our voices instead of hiding in comfortable silence.

As German pastor Martin Niemöller said in his well-known poem about the Holocaust: “Then they came for me—and there was no one left to speak for me.”