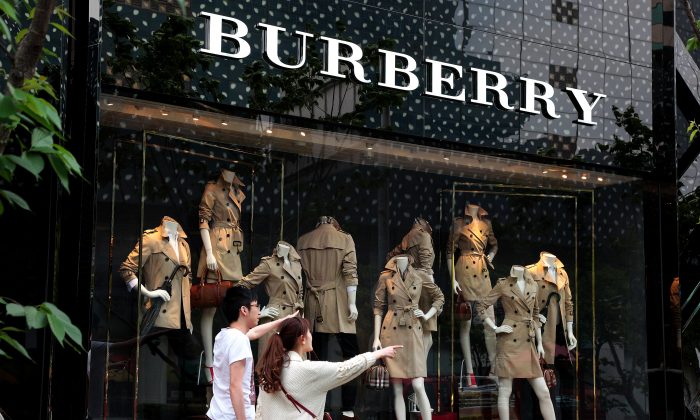 Is Burberry a Takeover Target?

A mystery investor built up a stake of more than 5 percent in Burberry, leading to rampant takeover speculations. Burberry’s shares jumped 6.6 percent in London on March 8 after a Financial Times story said the board wants to ward off a potential takeover. However, the shares tanked the next day after the takeover rumors were quashed.

The investor’s position was first revealed publicly on Feb. 15. HSBC bank, acting as the custodian for the investor, notified Burberry about an investment larger than 5 percent.

Burberry asked HSBC to disclose the name of the investor, but the bank declined to reveal the information.

In response, the company hired boutique advisory firm Robey Warshaw and investment bank Morgan Stanley to investigate the potential bidder and defend itself against a takeover.

“It is very rare for an investor to seek such secrecy, especially if the buyer is an institution or someone interested in investing with Burberry over a long period,” said the Financial Times report.

According to U.K. transparency rules, investors have to disclose shareholdings over 3 percent. However, shares held on a financial institution’s trading book up to 5 percent could be exempt from this rule. HSBC sent another notification in early March that the stake had been reduced to below 5 percent.

“It may be just an investor keen on a possible rebound. Or, in the case of a potential bidder, I would say a sovereign fund or a private equity could be most likely. I struggle to see a European industry buyer behind this,” said Luca Solca, a luxury goods analyst at Exane BNP Paribas.

To end the speculations, HSBC disclosed the same night that the increase in shares was “a part of a series of trades rather than a single bidder building a stake.” The shares fell 6.7 percent the next day, back to where they were before the speculations. It is still not clear why it took HSBC so long to disclose that information.

HSBC downgraded its recommendation for Burberry from “buy” to “hold” on the same day, adding to the downside pressure on the shares.

Burberry shares have dropped by 25 percent over the last 12 months, and the company has been struggling with slow revenue growth.

This makes the company a target for an activist investor or a takeover bid.

In addition, the company’s CEO Christopher Bailey has been criticized for having a dual role, which is an unusual case in the industry. According to analysts, holding both the CEO and chief creative officer positions could be too much responsibility.