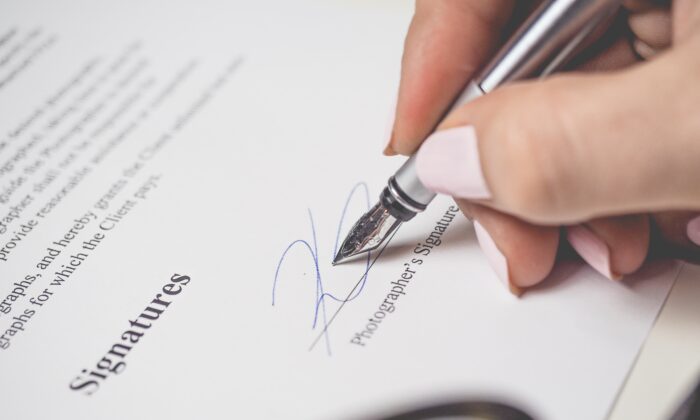 LOS ANGELES—A former auto manufacturing company manager from Irvine was arrested on March 24 on a federal charge alleging he solicited a $5 million bribe from a South Korean firm with promises of delivering a large contract for various car parts.

Hyoung Nam So, 46, also known as Brian So, surrendered to federal authorities after a grand jury on March 23 charged him with bribery conspiracy. So is expected to be arraigned on the one-count indictment on March 24 afternoon in Los Angeles federal court.

The indictment alleges that the foreign parts supplier paid So a total of $3.45 million in cash. Homeland Security Investigations seized $3.19 million believed to be proceeds from the bribery scheme from a private vault in Los Altos in 2017, and federal authorities subsequently returned the money to South Korean authorities, according to the U.S. Attorney’s Office.

As a manager and team leader at the Michigan-based car manufacturer—referred to as “Company A” in the indictment—So oversaw the supply of parts used to build interiors for the unnamed company’s automobiles in North America, according to federal prosecutors.

In October 2015, the indictment alleges, So promised a contract to the owner of the South Korean parts company—”Company B”—in exchange for $5 million, which So demanded in cash.

The following month, the owner of Company B arranged to have $1 million in cash transferred to the United States through money brokers, which an accomplice then drove from Los Angeles to Michigan, according to the indictment. The owner of Company B allegedly flew to the United States in late November 2015 and personally delivered the cash to So in a meeting at a hotel in Troy, Michigan, the indictment says.

“So refrained from notifying Company B of the contract award, and continued to withhold the information until [Company B’s owner] paid the remaining portion of the bribe,” the indictment states.

On Dec. 20, 2015, the owner of Company B allegedly paid So another portion of the bribe at a restaurant in Detroit—$2.45 million that also had been driven from Los Angeles to Michigan. The following day, So arranged for Company B to be told it had won the contract, prosecutors allege.

The indictment charges So with one count of conspiracy to commit federal funds bribery, a charge related to the fact that Company A received money through federal assistance programs. The offense carries a penalty of up to five years in federal prison, according to prosecutors.

The owner of Company B was prosecuted for offenses related to the bribery scheme in South Korea.