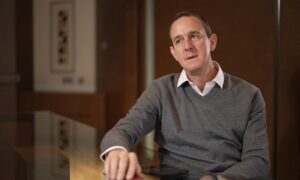 Irish Water: Lies, Spin, Some Truth, and a Big Mess

There are huge problems with the system as it is currently being rolled out by Irish Water. One problem I see is that nobody knows how much water they will actually be using. Unlike the electricity meter, there is no water meter on the wall that they can read. A number of older people have told me that they might be afraid to wash or use any water for fear of getting a huge bill. That’s not right.

Another problem is the fear factor that is hanging over people—people are terrified of this new bill. It would have been much easier to introduce it in stages, where in the first year you would pay 30 per cent, the following year 70 per cent, and the final year the full amount—at least families could prepare gradually. The current way is creating fear where there may be no real need for concern. The approach has been all wrong.

A further problem with Irish Water—and how it lost the confidence of the public—was how it was set up. Initially the public were willing to accept the idea, but Irish Water has now lost the confidence of the people. We invited them in to talk to us at the local County Council, but they refused to come. If they had talked to us, and we had been able to tell them the issues our constituents had, then maybe they could have addressed them.

The Workings of Water

But don’t get me wrong—I think that in principle, charging for water is a good idea. To tell the truth of the situation, we are spending 1.2 million euro per year of taxpayer’s money through County Councils to pay for the resource that is water.

As one minister put it, “It doesn’t just fall from the sky, you know!” So what happens after it hits the ground? It hits the ground, goes into the soil, it flows into the rivers and down to the sea, and during that process we must take it out of the river—in Ashbourne’s case it is out of the Boyne—and it must be purified in a number of ways to make it drinkable.

There is a very dated water-treatment plant in Stalleen near Dunore, and the water is allowed to percolate through a sand filter there before it has chemicals added to it make it drinkable. Then it is sent through pipes that are forty or fifty years old all the way to Ashbourne, where it eventually comes out of our taps.

One thing worth noting with the emergence of Irish Water is that the County Councils are no longer responsible for the water supply. Essentially, the 1.2 billion euro a year that goes to maintaining the supply of water—the government wants to remove it from the books and pass it on to Irish Water to manage. The good thing about this is that any funding will only be used for the supply of water, and can’t be re-routed to another source.

The country still has a huge amount of debt, and we need to be responsible for that. Even though it is six years on, and the public are tired of extra taxes and pay cuts, the debt is still there, and the principle is that if I personally borrow money from a person or organisation, I need to pay it back.

So, what was the condition for borrowing the money? The Troika came here when the country was on its knees and looked at our books, and noticed that we didn’t pay a property tax or pay for water like other modern industrialised countries. So they mandated that we start paying for them, or we wouldn’t get the loan to get the country back on track.

So creating Irish Water meant taking the cost of water off the exchequer, or off the books of the country, and that was removing a large chunk of money from government control. But essentially the government then wouldn’t need to spend 1.2 billion from existing tax revenue streams anymore. It wouldn’t be a government department—it would be a utility company.

The impact of this move is that now we can expect to see an investment in our water supply. The problem with the Irish water supply is that it has never been properly resourced. Not only do we need 1.2 billion euro a year to maintain it, we also need 10 billion euro invested across the country to get it up to a reasonable standard due to the awful state of the system. With regards to improvements coming down the line, one commitment we have gotten from Irish Water locally is that the Stalleen plant is going to be upgraded over the next few years.

One major impact of having a sub-standard water network is that companies that want to invest locally are prohibited from during so, because we don’t have the capacity to supply them with water. Years ago in Garden City they turned off the water at certain times of the day so that a local factory would have the supply it needed to produced its products. We have the crazy situation in Race Hill in Ashbourne were people cannot get good-quality water through their taps when there is peak demand.

There is growing demand for housing in Ashbourne, but these units cannot be built because we can’t supply them with adequate water. There is another estate in Ashbourne called Church Fields that has its own well, which was all part of the planning process. It was necessary for the estate to have its own water supply.

The difficulty I have with failing to bring in Irish Water’s proposal is that, if I decide to conserve water, and you waste it by leaving your taps running, then it is unfair that I should have to pay for what you are wasting—which is the way it works today. It is currently an unfair system. The fact is that today everyone pays for water, even though some people waste it and others are more responsible with it.

For Ashbourne, I believe that in a few years we will look back at the introduction of charging for water as a good thing. In the meantime, I hope Irish Water gets its act together and wins back the support of the public.