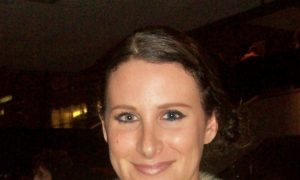 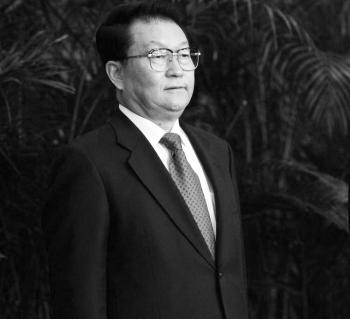 Li Changchun, a member of the Chinese Communist Party Politburo has been accused of genocide in a lawsuit filed in Ireland. (Feng Li/Getty Images)
International

By Epoch Times Staff
biggersmaller
Print
The Falun Dafa  Association of Ireland on September 26 filed a criminal complaint against Li Changchun, a high ranking Chinese offical who is in Ireland for a two day offical visit.

Mr Li is alleged to have conspired to commit torture and genocide in relation to the eleven year persecution of Falun Gong in China.

Spokesperson for the Irish Falun Dafa Association, Mr Ming Zhao said, “Our complaint submitted to the Gardai (police) is based on Ireland's Criminal Justice (United Nations Convention Against Torture) Act 2000 and Ireland's GENOCIDE ACT, No. 28/1973.”

One of the complainants, Ms Dai Zhizhen flew in to Ireland from the U.S. and will be in court today to request the immediate arrest and detention of Li Changchun. Her husband was persecuted to death in 2001 in Guangdong province, China when Li was the head of the Chinese Communist Party of that province.

Li Changchun was promoted in 2002 to the standing committee of the politburo, the leadership unit of the Chinese Community Party. His current role in the Chinese government is to head its "propaganda machine" according to the press release sent from the Irish Falun Dafa Association.

Mr Zhao said, “The whole propaganda machine controlled by Li Changchun has played a pivotal role in the persecution of Falun Gong in China including inciting hatred against Falun Gong, mobilising the whole country’s people to be against Falun Gong, covering up of the illegal arrests, tortures and killings etc.”

Due to the tight control the Chinese government holds over the media in China, and Chinese media throughout the world, Li Changchun can dictate what stories appear, or do not appear in the media, thus having a powerful influence over the views and opinions of Chinese people.

In a report published by Amnesty International called The Crackdown on Falun Gong and Other So-Called 'Heretical Organisations', they stated that the media played an inportant role in the persecution of Falun Gong. It says, “The government banned Falun Gong on 22 July 1999 and launched a massive propaganda campaign to denounce its practice and the motivation of its leaders, in particular Li Hongzhi. Since then, the government's accusations against the group have been repeatedly publicised by the state media and government officials.”

From the start of the persecution until today 3,413 cases of death due to the persecution have been recorded on the clearwisdom.net website, a website run by Falun Gong practitioners. This is considered to be merely the tip of the iceberg.

Falun Gong is a spiritual practice that was made public in 1992. It involves meditation and teaches a way of life based on truth, compassion and tolerance. One hundred million people practice Falun Gong throughout the world.