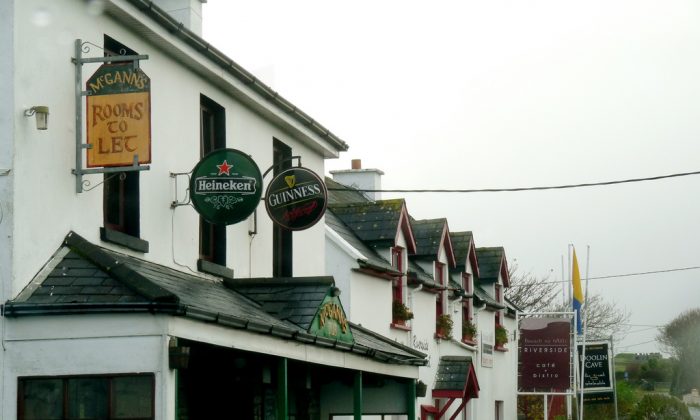 Moneygall Ireland is an unassuming village of just over 350 in County Offaly, Ireland. Since 2011, however, the blink-and-you-miss-it town on the R445 between Dublin and Limerick has become infamous across the country as the birthplace of U.S. President Barack Obama’s maternal great-great-great grandfather. The anecdotal story that made headlines around the world perfectly encapsulates the improbable cultural and political clout of a country that for most of its history has .

President Obama’s story isn’t an isolated case. The best estimates put the Irish diaspora at some 70 million. Obama can thank his Irish connection, Falmouth Kearney, who arrived in the U.S. in the 1850s fleeing the potato famine, for an astounding 28 living relatives. In the 2008 census, over 36 million Americans reported Irish ancestry and the number is almost certainly only a fraction of the total number of Americans that can trace back their families to Ireland. Beyond the U.S. Irish also migrated en masse towards many other Anglophone countries, giving birth to large Irish communities in the U.K., Canada, Australia and New Zealand among others.

Due to its unique history as a country of mass emigration, the Irish are becoming increasingly keen on retracing the paths taken by their ancestors as they left their native land to try their luck abroad. It was not an expert, but a rural parish priest who made the presidential genealogical breakthrough back in 2008 when Obama was still battling with Hillary Clinton for the Democratic nomination. For millions of others, their Irish heritage may be well known, but tracing it back to living relatives in Ireland is a daunting task.

Since 2010, volunteers across all of Ireland’s 32 counties have been working together to reconnect with their own relatives in the global diaspora under the auspices of Ireland Reaching Out (IrelandXO). Founded by Irish Independent columnist and economist David McWilliam in 2010, the goal of the non-profit organisation is simple: instead of waiting for Irish descendants abroad to find their roots, why not reach out to them.

The project consists of a country-wide network of volunteers that are grouped around local parishes. Local volunteers provide help and orientation for visitors descended from those who emigrated from the area themselves actively seek out those descendants. While the program has noble goals, it also hopes to produce more tangible benefits for the country by tapping into the economic potential of the Irish diaspora.

IrelandXO has facilitated the contact of tens of thousands of Irish descendants around the world and has brought 9,000 visitors to Ireland in the first eight months of this year alone. The economic potential is all the more vital, because may emigrants cam from rural communities, which are now struggling to exist as more and more youngsters leave for better opportunities in the country’s urban centres. Beyond tourism dollars, the diaspora, it is hoped, can also play an essential role in booting the small island nation’s political influence abroad, particularly with its powerful Anglophone cousins.

President Obama has struck up something of an unlikely relationship with his Irish cousin Henry Healy after a 2011 photo-op when the president visited his ancestral village while on a whirlwind trip of Europe. The Moneygall native, who has since become the public face of the Ireland Reaching Out, has met with America’s First Family several times since 2011, even given VIP treatment during Obama’s second inauguration last year. Seemingly innocuous, these ancestral relations can have a powerful effect on the country’s political clout abroad. Almost a quarter of America’s presidents could claim Irish roots.

The project has even spawned a popular bilingual television series, Tar Abhaile (Come Home), which airs on TG4 and follows local Irish communities as they welcome their Irish descendants from across the globe. The show, which began airing last month, follows 12 different Irish descendants and their families, from the U.S., Canada, Australia, New Zealand and the UK, as they travel to Ireland to reconnect with their Irish ancestors.