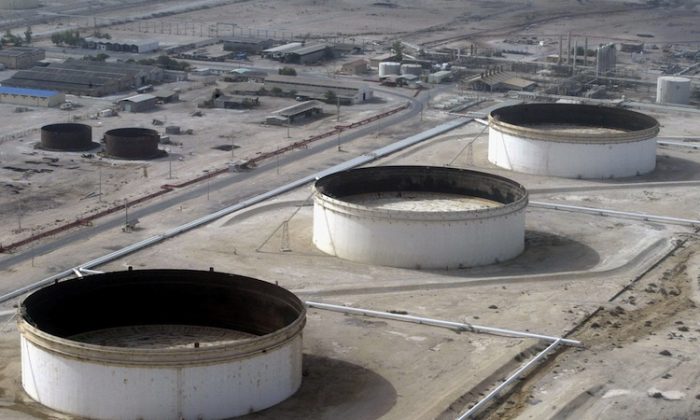 File photo showing a general view of Iran’s Lavan oil refinery from May 2004. Iran on Sunday announced it would stop exporting oil to France and Britain, four months before the EU embargo on buying Iranian oil was to go into effect. (Behrouz Mehri /AFP/Getty Images)
Middle East

Iran halted the sale of crude oil to Britain and France the country’s oil ministry announced on Sunday.

The move comes months before a European Union deadline for banning oil imports from Iran was due to come into force.

“Exporting crude to British and French companies has been stopped … we will sell our oil to new customers,” spokesman Alireza Nikzad was quoted as saying by the ministry of petroleum website.

The EU agreed a deadline of July 1 for halting imports of Iranian crude. The postponement of any immediate ban was to help resolve existing contracts, especially in countries such as Greece, Italy and Spain.

It was hoped that the EU embargo would dissuade the Islamic Republic from pursuing its nuclear program, which is suspected to have military dimensions. Iran insists it is a purely civilian project.

The EU currently accounts for 20 percent of Iranian crude exports. However, Iran insisted on Sunday that it would look elsewhere.

“We have our own customers,” said Nikzad. “The replacements for these companies have been considered by Iran.”