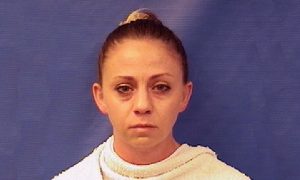 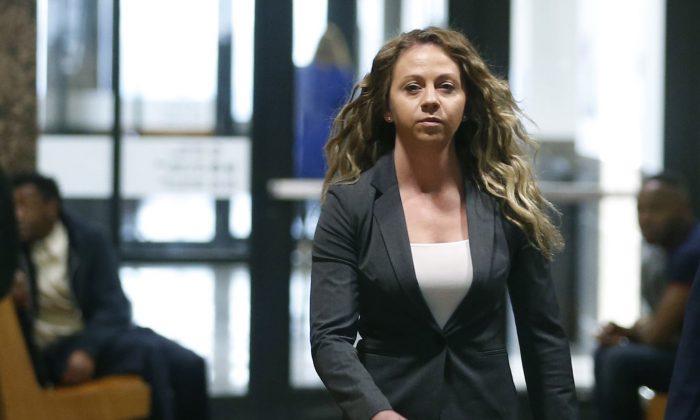 One of the lead investigators for the probe into a Dallas police officer’s fatal shooting of a man inside his own apartment said he doesn’t think the officer, who was fired after the shooting, committed a crime.

David Armstrong, a state trooper and the lead investigator for the Texas Rangers, said that Amber Guyger did not commit a crime when she mistakenly entered the apartment of Botham Jean last year and shot Jean dead after she said she mistook the 26-year-old for an intruder in what she thought was her own apartment.

Armstrong testified outside the presence of the jury in the murder trial that he surveyed tenants in the apartment complex where Guyger lived one floor below Jean and found about a quarter had accidentally walked into the wrong apartment because of the complex’s layout, which featured similar hallways and similar parking garage levels, according to CBS DFW.

Armstrong said that Guyger’s actions matched her story and in his assessment, she did not commit a crime. He said it was a “reasonable perception” that she mistook Jean for an intruder.

“I believe that she did perceive him as a deadly threat,” Armstrong said on Wednesday, Sept. 25, reported WFAA. “I don’t believe it was reckless or criminally negligent based on the totality of the investigation.”

When Armstrong, a prosecutorial witness, was being questioned by defense attorney Robert Rogers, the jury was outside the courtroom. Jean’s family was present but left when the body-camera footage from the first officers who responded to the scene was played.

Prosecutor Jason Hermus argued that Armstrong’s testimony was “inappropriate” and State District Judge Tammy Kemp, after viewing the footage, ruled that Guyger’s lawyers couldn’t question Armstrong in front of the jury. She said no one could say where Jean was when Guyger shot him.

Armstrong previously testified on Tuesday while the jury was still in the room and Rogers showed jurors multiple pictures of the third floor of the complex, where Guyger lived, and the fourth floor, where Jean lived.

“If you’re looking at eye level, there’s absolutely no difference, correct?” Rogers asked Armstrong while the jurors looked at the pictures, referring to the numbers for each apartment being next to the door and being above eye-level, reported the Dallas Morning News.

“That is correct,” Armstrong replied.

After the shooting, he said, the complex added more signs to indicate to residents which floor they’re on. He said while investigating the case he himself had trouble distinguishing where he was in the building. “There were no clear obvious signs showing what level you were on,” he said.

The trial started on Monday after a change of venue request was denied.

The jury heard the 911 call that Guyger made after shooting Jean dead in which she can be heard breathing heavily and cursing as she conveys her confusion over which residence she had entered.

“I’m an off-duty officer. I thought I was in my apartment, and I shot a guy thinking it was my apartment,” she said in the call.

Prosecutors said Guyger parked on the wrong floor of the apartment complex and didn’t see several signs she was about to enter the wrong apartment, including a bright red door mat that Jean had outside his door and the smell of marijuana in his residence.

“For her errors, for her omissions, … [Jean] paid the ultimate price,” one said.