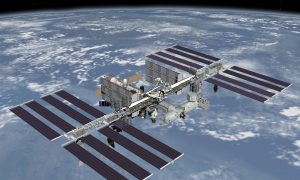 Eugene Kaspersky, the security expert, told reporters this week that cosmonauts carried USB drive that infected systems on board the ISS with an undisclosed form of malware, reported the IB Times. He further elaboratied in saying there have been “virus epidemics” on the station, which hovers 230 miles above the Earth’s surface.

He did not say whether the infections caused serious problems or when it occurred. But appears that at least one instance took place before May 2013 when the United Space Alliance moved the ISS’s systems to Linux.

Before, many laptops on board were using Windows XP, which is markedly easier to infect than Linux. Kaspersky did not say what distribution of Linux the ISS computers were using.

The website ZDNet reported that the “W32.Gammima.AGISS Malware” password-stealing malware was found on a computer on the ISS back in 2008. But, according to the report, it “was never a threat to any of the computers used for cmd and cntl and no adverse effect on ISS Ops.”

He also stated that the Stuxnet virus, which was allegedly created by the U.S. and Israel to attack Iran’s nuclear systems, infected a nuclear plant somewhere in Russia, but did not elaborate. The virus “badly damaged” the internal infrastructure, he added, according to the Atlantic.

In creating the Stuxnet virus, he warned that there will be problems down the road for not only Russia, but for its creator.

“What goes around comes around,” he said, according to Yahoo News. “Everything you do will boomerang, adding that now since the virus was created, “there are no borders” in cyberspace.