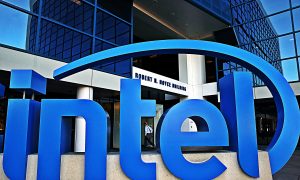 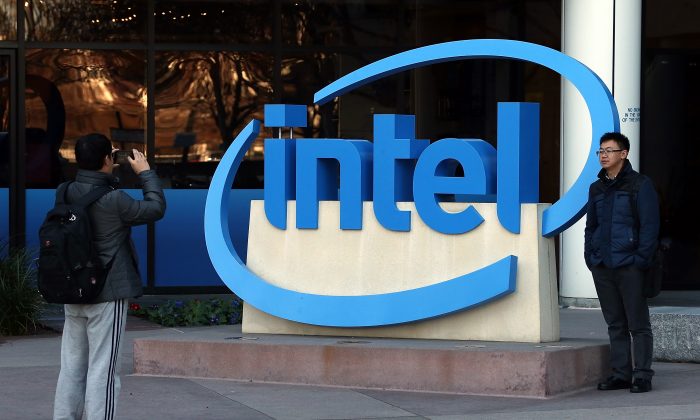 Visitors take pictures next to the Intel logo outside of the Intel headquarters on January 16, 2014 in Santa Clara, California. (Justin Sullivan/Getty Images)
Business

The company’s CEO Brian Krzanich said that Intel president Renee James would be taking up an “external CEO role”, most likely meaning that a company has offered her a CEO title. Intel said that she would stay until January 2016 till the transition for her role is complete. The 51-year-old Renee James has been at Intel for 25 years, joining Intel in 1987 as product manager for the company’s 386 motherboard products.

The company also announced the retirement of Arvind Sodhani, president of Intel Capital, which manages venture capital, global investment and mergers and acquisitions for the chip company. He will be replaced by Wendell Brooks, who is currently Intel’s President of Mergers and Acquisitions. The 60-year-old Sodhani was with Intel for 35 years.

Intel is among the world’s largest makers of semiconductors and processing chips that power computing devices, particularly computers, though its lead in terms of market share has dipped in recent years with the proliferation of mobile devices, where it competes with the U.K.-based ARM Holdings. The company reported $55.8 billion in revenue in 2014, and $11.7 billion in income.