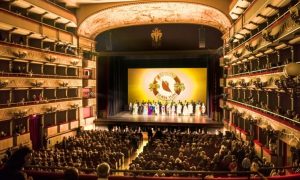 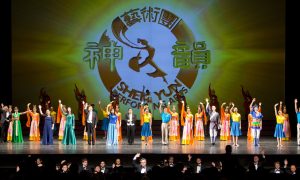 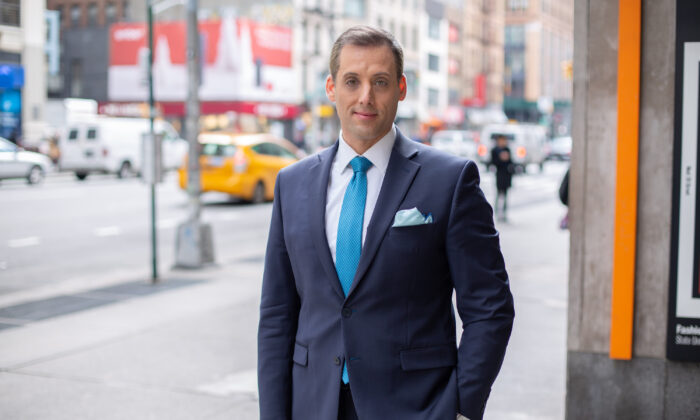 Despite pressure from the regime, Shen Yun is expected to perform in over 160 cities on its 2020 world tour 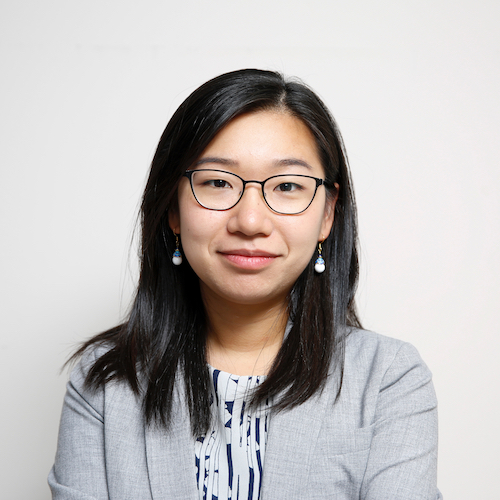 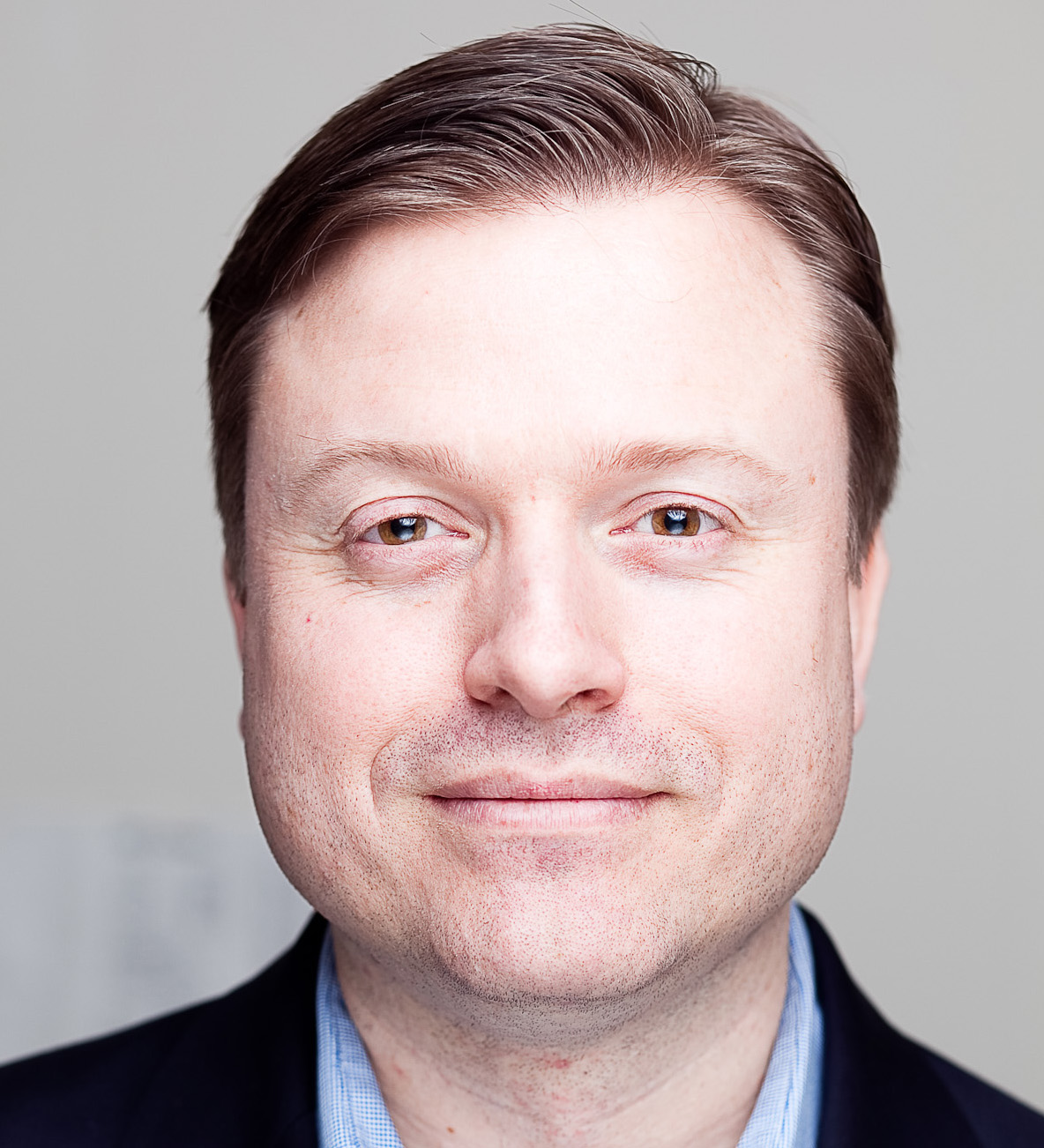 In May 2009, staff at the Robinson Center Music Hall in Little Rock, Arkansas, received a 13-page letter from the Chinese consulate in Houston, pressuring them not to host the New York-based Shen Yun Performing Arts at their theater. They reported the incident to the FBI.

It was not an isolated occurrence. Proxies for the Chinese communist regime have sent similar letters pressuring theaters or governments across the globe to cancel scheduled Shen Yun performances. Shen Yun’s ticketing website has been hacked, performers’ relatives in China have been harassed or even arrested, and Shen Yun-related web coverage is flooded with negative comments from paid internet trolls.

So why does the Chinese regime care so much about a music and dance performance?

According to Shen Yun emcee Leeshai Lemish, it’s because Shen Yun seeks to revive traditional Chinese culture, which the Chinese regime has systematically sought to stifle and supplant with an atheist, communist ideology.

Traditional Chinese culture is rooted in core values like integrity, honesty, loyalty, and spiritual fulfillment. In contrast, the Chinese Communist Party wants Chinese people to repudiate old ideas about morality and spirituality and to believe instead in communist and social Darwinian ideas about struggle, Lemish said, in an interview with The Epoch Times for the “American Thought Leaders” program.

Shen Yun, which now has seven equally large companies and performs annually in more than 160 cities, has also drawn the ire of China’s ruling regime because it includes depictions of the regime’s ongoing persecution of the Falun Gong spiritual discipline, also known as Falun Dafa.

The practice unites meditation exercises with moral living based on the principles of truthfulness, compassion, and tolerance. By 1999, it had attracted more than 70 million adherents—more than the number of Communist Party members at the time.

In July 1999, the Chinese communist regime started brutally suppressing and vilifying the practice. Adherents have been arbitrarily detained and subjected to forced labor, brainwashing, and torture. The independent China Tribunal in London concluded in 2019 that Falun Gong practitioners have been killed by the communist regime on a massive scale for their organs, to fuel China’s lucrative organ transplant industry.

The Chinese communist regime’s stance on Shen Yun stands in stark contrast to how Shen Yun is received on the democratic island of Taiwan, home to many of Shen Yun’s most avid fans. For the 2020 tour, Shen Yun will perform more than two dozen shows across five cities in Taiwan. Some of these seats will be filled by audiences from mainland China. Unable to see Shen Yun in their home country, they fly to Taiwan to see the performance there.

Shen Yun was founded in 2006 in New York by artists who practiced Falun Gong and wanted to create their own artistic production, as an alternative to the propagandistic shows extolling the communist regime that were put on by Chinese embassies and consulates for the Lunar New Year, Lemish said.

Following Shen Yun’s inception, dozens of performing arts companies backed by the Chinese regime quickly sprang up and started performing on the same dates in the same cities.

“There would be Shen Yun on one side of the street, and in the theater opposite it, there would be some performance out of China,” Lemish said. Sometimes, the performances were “blatantly Maoist” ballet, with performers dressed in Red Guard attire.

“Sometimes we’d show up somewhere, and people would say, ‘Oh, we already saw your performance,’” Lemish said. A different company from China had just performed in the same city, right before Shen Yun arrived.

Another common tactic of the regime is to threaten theater managers with coercive letters or visits from a Chinese Embassy or consulate. They threaten to cut off any potential business the venue may have with Chinese companies, and also tell managers they will be blacklisted from China, Lemish said.

In 2017, the Chinese Embassy in Thailand sent a letter to the Thai Ministry of Foreign Affairs threatening the Thai government’s relationship with China if it didn’t cancel Shen Yun’s scheduled performance at the Aksra Theatre in Bangkok. The letter stated: “In order to avoid affecting the well-developed relationship between China and Thailand, the ministry is kindly requested to pay close attention to the issue and timely coordinate with relevant authorities to ban” Shen Yun and Falun Gong.

Afterward, the theater refused to host the performance.

Former Soviet bloc countries in Eastern Europe and China’s neighbors in East Asia are especially susceptible to pressure from the Chinese regime, Lemish said, and performances have been canceled at the last minute, as happened in Seoul, South Korea.

In one case, after traveling three days by bus from Turkey to Moldova, Shen Yun artists arrived at the theater the morning of the performance to set up, only to get locked outside and informed by the theater manager that the show had been canceled, Lemish said. She gave no explanation.

Later, Lemish heard from a city hall official that both the Moldova Ministry of Culture and the theater had been visited by officials from the local Chinese Embassy.

He also learned that Moldova had been promised a $1 billion loan by China a few months prior. The sum equaled a 10th of Moldova’s gross domestic product.

For many Shen Yun performers from China, the ultimate dream is to be able to return to their homeland to perform. In 2010, Shen Yun was set to perform seven sold-out shows in Hong Kong. Local authorities denied visas to key members of the technical crew, so the performances had to be canceled.

Chinese authorities also have threatened performers’ relatives in China, Lemish said. The parents of another Shen Yun emcee would receive visits almost every weekend from the authorities. And the husband of one of the company’s erhu soloists was jailed.

As part of the regime’s disinformation efforts, China Daily, the Party’s official English mouthpiece, published paid inserts calling Shen Yun “blasphemy that masquerades as art,” in major publications such as The Washington Post, The Wall Street Journal, and The Telegraph. In some cases, only fine print at the bottom identified the content as a paid advertisement.

There’s also “stuff that we can’t really prove,” Lemish said. For instance, when someone searches for Shen Yun on Google, the top-ranking media coverage results are all negative, Lemish said. This is bewildering, given that Shen Yun’s shows consistently sell out at top venues across the globe, from Lincoln Center in New York to the Eventim Apollo in London.

Lemish suspects internet trolls paid by the Chinese regime are involved. Often using grammatically incorrect English, these professional trolls assert the Party line across the internet and are known colloquially as the “50-Cent Army,” because they’re allegedly paid 0.5 yuan ($0.07) per post.

The Chinese regime has hired as many as 2 million internet trolls, who post an estimated 488 million messages each year, according to a 2017 study by professors at Harvard, Stanford, and the University of California.

They can boost an article’s ranking in search results by commenting on them, linking to them, and posting them on social media.

The negative coverage of Shen Yun often mirrors the regime’s talking points about the company. “Were there people behind the scenes encouraging a certain perspective?” Lemish said.

The fight to control the public narrative about Shen Yun plays out fiercely on Wikipedia, where the Shen Yun entry is constantly changing, as people attempt to insert or remove content, he said.

Sometimes the threats against Shen Yun have gotten physical. In January 2010, while Shen Yun was touring in Canada, the bus driver discovered slashes on the front tire of the company bus.

The bus driver told The Epoch Times at the time that service personnel had said the cuts were made by a blade.

If a tire is slashed all the way through, the tire goes flat and the vehicle simply can’t move, so people in the vehicle are unlikely to be injured. However, if the rubber on the tire is only partially slashed, as this one was, the tire might blow while the vehicle is moving, leading to serious injuries for passengers.

A few days later, a tire on one of Shen Yun’s buses burst while the company was traveling between Memphis and Little Rock on I-40 West. That same bus was found with slashes on one of its tires again two days later.

In 2015, a Shen Yun promotional vehicle decorated with Shen Yun advertising was found to have corrosive chemicals covering the brake and accelerator pedals. The throttle cable underneath the truck had a 1-inch-long knife slash and was heavily corroded.

Despite the regime’s attempts to sabotage performances, Shen Yun has flourished, and in 2020, it will perform more than 700 shows for more than 1 million audience members.

The performance challenges the Party narrative over what constitutes genuine Chinese culture and history, offering an alternate understanding of China’s identity.

The Chinese communist regime has systematically sought to uproot and eliminate traditional Chinese culture since taking power in 1949. During the Cultural Revolution, the regime burned ancient texts and works of art, and defiled Buddhist monasteries and Confucian temples.

“Now, you have three, four, or five generations who grew up under this, and they don’t really even know what the traditional culture was actually about,” Lemish said.

For instance, most young Chinese people have heard about the martial arts prowess of the famous general Yuefei of the Song Dynasty. “But you don’t learn about the spirit behind what he was doing, which was a sense of loyalty for the dynasty and self-sacrifice,” Lemish said.

Stories from ancient China have been stripped of their significance or radically altered. “A lot of the heroes from the past are now portrayed as villains,” he said.

“In traditional Chinese culture, you really learn from the past.” The ancients aspired to live virtuously based on principles like benevolence, propriety, loyalty, and faith.

Spirituality was a mainstay of Chinese civilization for millennia and is a major overarching theme in Shen Yun’s performances.

“Traditional Chinese culture is said to be divinely inspired,” Lemish said. The belief is that Chinese civilization was imparted to man by heavenly beings and was continually enriched. Ancient stories tell of immortals walking among men, endowing them with calligraphy, agriculture, and medicine.

Shen Yun brings such stories and legends to life. Performances often include vignettes from the classic Chinese novel “Journey to the West,” which is based on the true story of a Tang Dynasty monk who walked from China to India to seek and bring back Buddhist scriptures. The novel details how the monk’s disciples—the Monkey King, Pigsy, and Sandy—protected him on his journey with their supernormal abilities, fighting demons and goblins along the way.

In China, performances, TV shows, and cartoon renderings of the classic novel now mainly focus on the Monkey King and his antics, Lemish said. “But really, it’s a metaphor for a spiritual path because they go through different tribulations” that test their perseverance and whether they can let go of worldly desires. “And one pass at a time, they have to make it all the way to the end, where they reach their spiritual perfection.”

Shen Yun artists believe that to create true art that can uplift and inspire people, “you have to first foster your own inner virtue and purity,” Lemish said.

The show’s overall message is one of hope, goodness, and a greater spiritual connection, Lemish said, and it is this aspect of the show that often moves audience members to tears.

Omega Medina, former senior manager of classical awards for the Grammy Awards, said after seeing Shen Yun: “I just feel blessed. I come away feeling like a better human being for having experienced this magnificent event. It speaks not only to my intellect but to my heart.”