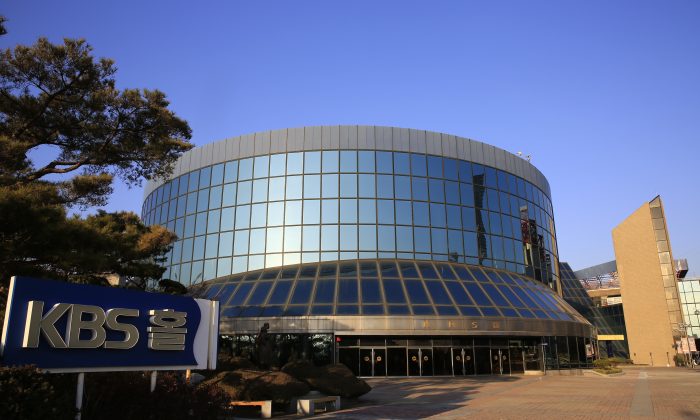 At 4:30 p.m. on May 4, South Korea’s Seoul Southern District Court surprisingly reversed its own decision: Shen Yun Performing Arts, a major Chinese classical dance company, would not be allowed to perform in Seoul’s KBS Hall after all. The decision came just before a long national holiday weekend, leaving no avenue of appeal.

The cancellation of the show in Seoul appears to have come as a shock to both Shen Yun and its local promoters, who had successfully fought the initial attempts by KBS to renege on their contract.

Just a couple of weeks prior, the same court had ruled that Shen Yun would, indeed, be able to perform.

In the new decision, what had been the subtext of the case all along finally came out into the open: The Chinese regime was exerting enormous pressure behind the scenes on the prospective host.

KBS Hall is a state-owned venue attached to the largest national broadcaster, Korean Broadcasting Service. It carries on a working relationship with China’s official state broadcaster, China Central Television. And it received multiple letters from the Chinese Embassy in Korea, obtained by Epoch Times, demanding that it not host Shen Yun.

Shen Yun Performing Arts is the only large-scale Chinese performing arts company that is based outside China and is entirely independent of the Chinese Communist Party. Moreover, according to its website, many of its dancers and company members are practitioners of Falun Gong, a traditional spiritual discipline that is brutally persecuted by the Party.

“The current period is the best time in China–Korea relations, and exchanges between the two countries are ever deepening,” a letter by the Chinese Embassy to KBS dated Jan. 22 said. “KBS is Korea’s largest television station and its influence on Korea is significant; it also has friendly ties with China Central Television.”

The note then took a menacing turn: “China places a high level of importance on cooperation with KBS and hopes that KBS will consider China–Korea relations when making decisions. Do not provide a venue for Shen Yun to perform.”

So KBS Hall attempted to get out of the contract.

The first judgment, rendered on April 19, said that KBS Hall was not allowed to do so, and that its arguments in support of its position largely made no sense.

The new decision, made after an appeal by KBS Hall, cited the amount of money that KBS Hall said it would stand to lose if it was economically punished by China. This was a key component of the consideration in the new decision.

The decision reasoned that if KBS allowed Shen Yun to perform, and received retaliation as a result, the company would stand to lose $8 million in revenue from doing business with China. If KBS prevented Shen Yun from performing, however, it would only need to compensate the performing arts company’s losses.

The Shen Yun company touring in Korea, consisting of nearly 90 dancers, singers, and musicians, was in the city of Ulsan at the time the decision was made, and had fully expected to travel to the capital the following day to perform.

“South Korea’s democracy and freedom have been dealt a blow, as it appears that Korean courts now listen to Beijing,” Shen Yun said in a statement.

Changsik Lee, the president of New Cosmos Media, Shen Yun’s promoter in Korea, said “We are calling all people who purchased tickets and returning their money.”

In a hurried email written just after the cancellation, he said: “This is too urgent, because the show was scheduled for tomorrow and people made plans. There are many foreign audience members, too, who are visiting Seoul to watch Shen Yun.”

Later Lee and his colleagues held a press conference, with protest banners, outside KBS Hall, challenging the executives for bowing to Beijing and calling for Korean politicians to step forward.

Thousands of tickets had been sold to the Seoul performance, likely leaving thousands of disappointed Koreans. Audience responses to the performance in the city of Jeonju indicated a public that resonated strongly with Shen Yun’s presentation of China’s traditional culture.

Ryu Ryun-Jeong, a traditional Korean dance teacher, saw Shen Yun at the Sori Arts Center in Jeonju on April 30. “I was struck by everything, from the dances to the music … Words seem feeble in the face of such emotion,” she said in an interview with Epoch Times. “Every now and then I had tears running down my face. I just couldn’t help it.

“The fairies dancing on the water—not in my life could I have imagined something that beautiful,” she said.

Changsik Lee said that his company would be initiating litigation against KBS for the damage caused to Shen Yun.

“In the past, when the Chinese consulates and embassies tried sabotaging Shen Yun performances, [they] never admitted [to] coercing the theaters, elected officials, or the legal systems of other countries,” Shen Yun said in a statement on its website. “But by issuing two official documents to Seoul’s KBS Hall, the Chinese Embassy has this time provided direct evidence of its intentions.”

The statement concluded: “The court orders document these manipulation tactics beyond China’s borders. They also show the regime’s use of political power and financial benefit to try and censor the performing arts world.”