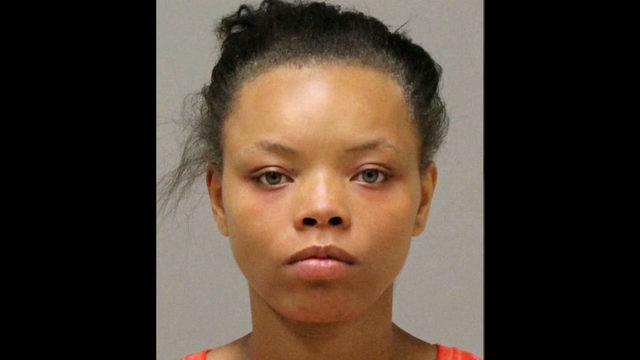 A woman from Michigan is facing murder charges for the death of her six-month-old son.

Lovily Johnson, 22, buckled her son into a car seat at her apartment, and left him there for days, depriving him of food, water, and air-conditioning, police say.

When the mother brought her son to Helen DeVos Children’s Hospital on Wednesday, July 19, he was already dead, Detroit Free Press reports.

During an interview with police the mother admitted she was the caregiver for her son, Noah, and that she had been home to the apartment multiple times a day during that time, MLive reports.

“She knowingly and intentionally deprived him of the necessities of life by not feeding him since Monday evening,” wrote Wyoming Police Officer Robert Meredith in the arrest affidavit, according to MLive.

“During this time Noah remained buckled in a car seat on the upper floor of Johnson’s apartment with no air conditioning,” Meredith said.

The mother was charged with felony murder and first-degree child-abuse and was booked into Kent County jail on Thursday, July 20.

She was denied bond on Monday and will next return to court on Aug. 2 for a probable cause hearing and on Aug. 9 for a preliminary exam.

Johnson is also the mother of a two-year old girl. Her daughter was placed on Friday under the care of the State Department of Health and Human Services, Detroit Free Press reported.

The mother was allegedly in a difficult relationship with the girl’s father, inciting a child support case and a 2016 personal protection order. The father pleaded guilty to aggravated domestic violence last fall, reported Detroit Free Press.

In one post from her Facebook page on May 22, Johnson wrote: “If U Can Walk Away From Someone & Act As If They Never Meant Anything To U, They Never Did.”

Authorities say the abuse of Johnson’s son occurred at a home on McKee Avenue near 32nd Street SW.

The mother also has a prior history of committing crimes. Last year she was charged with embezzlement of under $200.