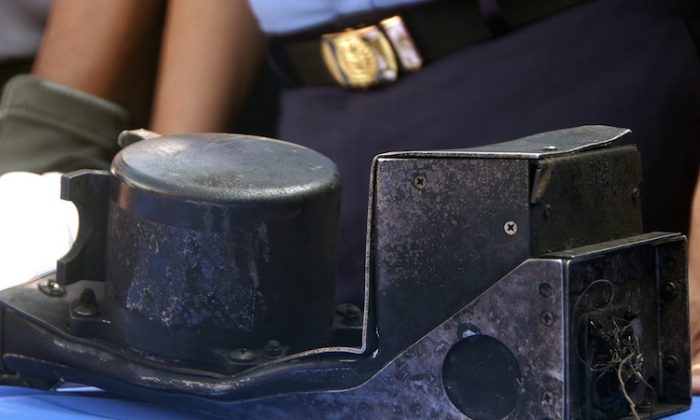 The charred cockpit voice recorder of the Russian Sukhoi Superjet 100 is seen on a table during a turnover ceremony to the Indonesian investigating body at the search and rescue base in Cijeruk on May 16. (AFP/AFP/GettyImages)
World

Rescue workers found no survivors of the crash of the Superjet, which hit Mount Salak after it disappeared from radar on May 9. The majority of the plane’s wreckage is located on a steep part of the mountain at around 6,000 feet elevation, hampering rescue efforts and the investigation.

Indonesian officials said the black box was severely damaged in the crash and they only obtained the voice recorder, but not the flight data recorder, which is still missing.

“Hopefully, [we can still analyze it],” Masruri told the Post.

However, an investigation into what is contained in the black box could take as long as a year to complete, according to Tatang Kurniadi, the head of the Indonesian transportation safety.

“Four months is the fastest, but you can’t even expect [the probe] to be completed that fast, otherwise Indonesia’s reputation will be damaged [because the results might be unreliable],” he told the Jakarta Globe.