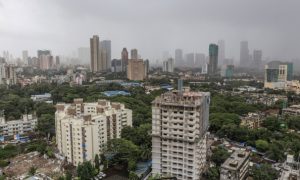 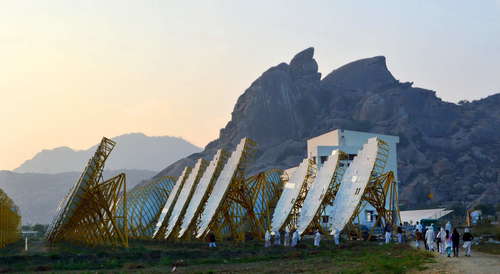 As a new year kicks off, India’s renewable energy market is surging ahead. Prime Minister Modi’s government just targeted $100 billion worth of investments to support reaching the ambitious goal of installing 100 gigawatts of solar energy by 2022. Plans to train a 50,000 person ‘solar army’ to staff new solar projects under a national skill-development mission have also been announced. A new National Wind Mission was announced last year, and is expected to be modeled on the successful National Solar Mission. In addition to this government support, the economics are shifting favorably too. Solar power generated in India by large-scale photovoltaic (PV) plants now costs less than fossil fuelsimported from countries like Australia.

Effectively utilized in both public and private international markets as a new mechanism to stimulate clean energy growth, green bonds function in much the same way as standard bonds, except that the issuing agency must use the bond proceeds to fund “green” projects. Most green bonds focus on the renewable energy sector, but some green bonds are also utilized to fund other “green” projects such as efficiency, reforestation, or transportation. Outside of India, the World Bank has a robust green bond program, the New York Green Bank issues credit enhancing bonds, and Toronto-Dominion (TD) Bank has issued Canada’s first commercial green bond.

IREDA launched its first green bond to support renewable energy projects in February 2014 (with the bond being offered from February 17th through March 10th). The bonds were open to a variety of public and private investors and issued for Rs. 1,000 each, aggregating to Rs. 500 crore total (with the option to extend to Rs. 1,000 crore). IREDA issued bonds with 10, 15, and 20-year terms, carrying interest at 8.16%, 8.55% and 8.55% per year, respectively.

IREDA’s 2014 tax-free bond received an AAA rating from two top Indian rating agencies, CARE and Brickworks. The bond’s high rating denotes its low risk nature, due in large part to the national government’s strong support for IREDA, particularly the Ministry of New and Renewable Energy (MNRE). MNRE (who maintains administrative control over IREDA) issued a comfort letter in conjunction with the bond issuance, stating that MNRE supports IREDA with equity capital and will continue to do so in the future.

As the market scales up, domestic banks need to increase loans to renewable energy projects to keep up with the growing demand for financing. IREDA’s green bond issuance serves as a primary example that India can build upon to continue spurring forward its renewable energy future. Comprising only 5.48% of GDP in 2013 and suffering from high and rising interest rates, India’s bond market has room to grow and ample potential to grow green.

As more players enter this exciting space, mechanisms do need to be put in place to ensure that bonds labeled green actually fund “green” projects such as solar and wind projects. IREDA’s agency mandate ensures that funds received are applied towards renewable development, but most green bond issuers currently follow purely voluntary guidelines.

Additionally, although increasingly important, bonds are just one of the many instruments that can be utilized to spur green energy financing. IREDA’s role in financing domestic renewable energy projects stretches far beyond issuing bonds. At the end of 2014, the US Ex-Im Bank agreed to provide medium- and long-term loans for up to $1 billion for IREDA-affiliated projects. Renewable energy developers working with IREDA on India-based projects can utilize the credit facility to import US technologies and services and finance up to 30% of domestically-manufactured components.

We’ve written before about the potential for additional innovative financing structures such as priority sector lending and green banks to increase liquidity and diversity in the Indian renewable energy market, and our recent report with our partner, the Council on Energy, Environment, & Water (CEEW), explores those opportunities for the expansion of green financing.