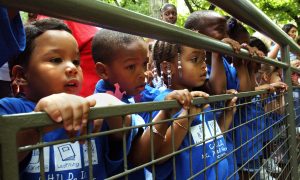 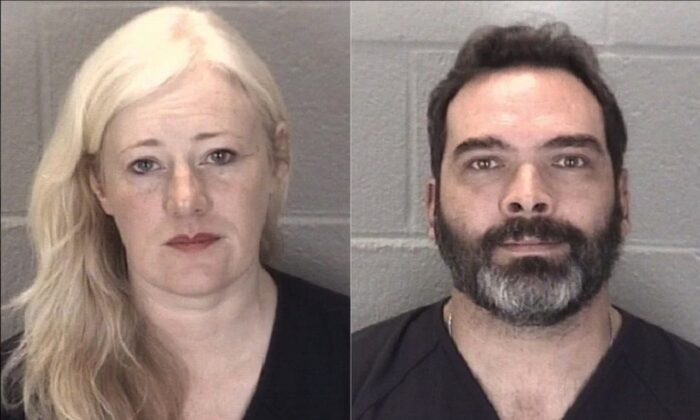 Parents from Indiana have been accused of child neglect for abandoning their adopted daughter who reportedly posed as a little girl but turned out to be a 22-year-old sociopath with dwarfism and murderous intent.

According to court documents cited by WISH, 45-year-old Kristine Barnett and her now ex-husband Michael Barnett, 43, face felony charges for neglect of a dependent. They are accused of abandoning their adoptive daughter in Lafayette, Tippecanoe County, in 2013, before moving to Canada.

Kristine Barnett, who according to her friend Stephanie Santiago “has spent her life specifically focused on ensuring safety, education, acceptance, and recognition of the talents of individuals with autism spectrum,” adopted in 2010 what she and her then-husband thought was an 8-year-old girl.

“She had dwarfism and severe mental health issues, including psychosis,” Santiago said. “She posed as an 8 yr old child at the time. After drs. evaluations it was determined that the individual was actually an adult.” Santiago insisted that Barnett “and her (now former) husband had been scammed by an adoption agency.”

The couple in May 2010 agreed to adopt Ukrainian-born Natalia, The Daily Mail reported. Natalia had been in the United States for two years at the time, Kristine Barnett told the publication, adding that the previous adoptive family had given her up for reasons unknown.

“Out of compassion for their situation I didn’t want to press them for information on what had gone wrong,” Kristine Barnett said.

However, the situation soon took a sinister turn.

“She would make statements and draw pictures saying she wanted to kill family members, roll them up in a blanket and put them in the backyard,” the mom told the Daily Mail. “I saw her putting chemicals, bleach, Windex something like that, in my coffee and I asked her, ‘what are you doing?’ She said, ‘I am trying to poison you.'”

Kristine Barnett said she later discovered Natalia’s documents were false and that she was actually 22 years old.

“She had periods. She had adult teeth. She never grew a single inch, which would happen even with a child with dwarfism,” she said. “The doctors all confirmed she was suffering a severe psychological illness only diagnosed in adults.

“She was jumping out of moving cars. She was smearing blood on mirrors. She was doing things you could never imagine a little child doing,” the mom added.

Santiago said that the Barnetts obtained proof that Natalia was an adult from doctors and then submitted that information the state.

“At the time the state accepted the documents as valid,” she said. “Kristine even reports that the state conducted thorough investigations and also came to the same conclusion. Through appeal to the courts, her age was legally changed to that of an adult.”

As Natalia’s mental health deteriorated, the Barnetts continued to assist her—putting her up in an apartment, helping her get ID, benefits, even offering to send her to college.

“The Barnetts helped the individual while she was in and out of mental health institutions,” Santiago explained. “After sometime it was decided that she was able to live independently, as long as she remained under a drs supervision. The Barnetts helped her obtain housing, as they could no longer have her in the home. They had endured physical attack and feared for their safety.”

Then the Barnetts moved to Canada.

“Kristine and her family moved to Canada after Jacob, the oldest son, a young physics prodigy, was offered a fellowship at a prestigious university there,” Santiago said.

After the move, however, Natalia again started to pose as a child. Eventually, the police charged the pair—who divorced in 2014—with felony neglect.

“From day one this was a mission of love. But when you bring a child into your home, you expect them to be a child.

“To be accused of this is a unconscionable to me. It’s just horrifying.”