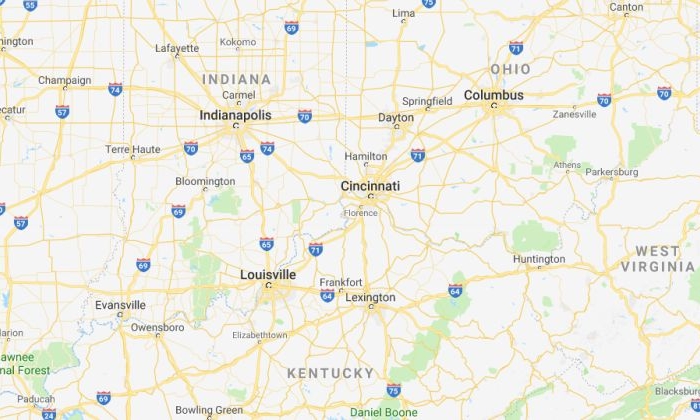 Officials in Indiana say a three-month-old boy died after he was left inside a hot car outside his mother’s workplace on July 23, 2018. (Google Maps)
US News

Indiana Baby Dies After Being Left in Hot Car: Police

Officials in Indiana say a three-month-old boy died after he was left inside a hot car outside his mother’s workplace.

Police said the child, Aiden Miller, was pronounced dead at a hospital in New Albany, located just north of Louisville, Kentucky, according to The Associated Press.

The child’s father, Aaron Turner, identified the boy as Aiden Miller, according to WAVE3.

Three-month-old baby boy dies when his mother 'forgets' he is in the car and leaves him in scorching heat in Indiana https://t.co/kDgaLzecwq

Turner told the station that the mother of the child was supposed to take the boy to a day care after dropping his sister off at another one. The mother told Turner that she had forgotten about the son when she left him in the hot car, the station reported.

Police said that around 4:30 p.m. on Monday, New Albany Emergency Services got a medical call to the Express Care on Charlestown Road about an unresponsive child, WAVE3 reported.

The boy was sent Baptist Floyd Hospital. There, he was pronounced dead, the station reported.

“She said she opened the car door and was like, ‘What is that smell?’ and she noticed Aiden was still in the back seat,” Turner said.

“I still don’t understand how that happened,” Turner was quoted by the station as saying. “Obviously it happens. It just happened in my family. It doesn’t get any closer to home than this.”

“My biggest hope is in sharing this story, another child’s life will not be lost,” he told WLKY.

“Keep in mind that that baby is the number one priority,” Turner added. “It is inexcusable for any kid to have to go through and for parents to have to lose a child like this.”

No charges are expected to be filed in the child’s death, AP reported.

KidsAndCars.org said that on average, 37 children die from heat-related deaths after being trapped inside vehicles every year in the United States. In 2017, 43 children died, and in 2018, so far, 29 have died.