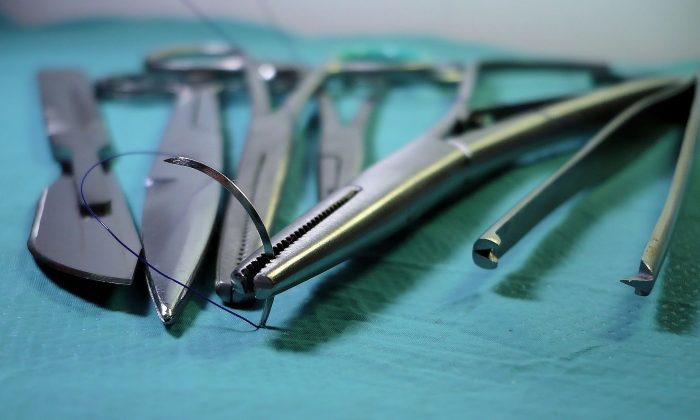 An Indian woman claims her husband stole her kidney because her family failed to meet their demand for dowry.

According to local media, Rita Sarkar, 28, says her husband orchestrated the organ theft two years ago when she underwent surgery for appendicitis.

However, Sarkar did not realize her kidney was removed until a few months ago when she was hospitalised and doctors found that her kidney was missing.

“Around two years ago, I began suffering from acute stomach ache. My husband took me to a private nursing home in Kolkata, where he and the medical staff told me that I would be fine after removing my inflamed appendix through surgery,” the West Bengal woman told the Hindustan Times.

However, the pain did not disappear after the operation. Sarkar said, “My husband warned me not to disclose the surgery in Kolkata to anyone. I begged him to take me to a doctor to treat the pain, but he ignored me.”

In late 2017, Sarkar was eventually taken by relatives to hospital for the pain. This is when doctors discovered that her right kidney was missing. A second medical exam confirmed the diagnosis.

“I then understood why my husband implored me to keep quiet about the surgery. He sold my kidney because my family couldn’t meet his demand for dowry,” Sarkar told the Times.

Sarkar alleges that since her marriage in 2005, her husband has frequently harassed and assaulted her over the dowry issue.

The payment of dowries — paid from a bride’s family to the groom’s — has been banned in India since 1961. However, the practice persists in many parts of the country.

The husband, Biswajit Sarkar, and his brother, Shyamal Sarkar, were arrested on Monday, Feb. 4. Sarkar’s mother-in-law is reportedly on the run.

According to the Times, police say that the husband confessed to selling his wife’s organ to a businessman in the state of Chhattisgarh. However, when contacted by The Telegraph, Biswajit said the kidney was donated with her consent.

“A case was registered under provisions of the Transplantation of Human Organs and Tissues Act. We have also charged three persons with attempt to murder and bride torture,” he added.