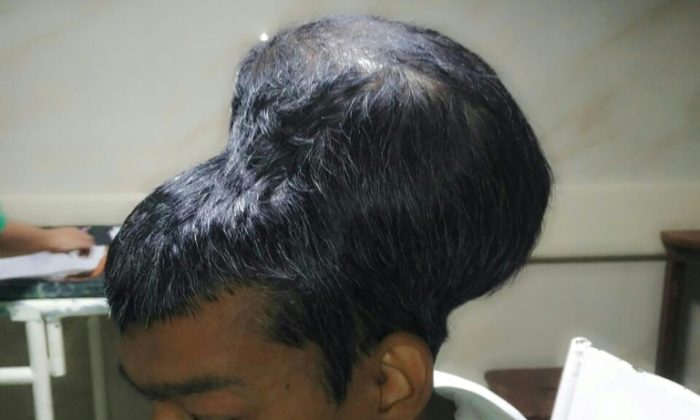 Indian surgeons who removed a massive brain tumour in a marathon seven-hour procedure said Thursday it could be the heaviest ever recorded.

Santlal Pal, a 31-year-old shopkeeper, had been carrying around a tumour weighing nearly two kilos before the surgery on February 14.

Doctors at Mumbai’s BYL Nair hospital where he was treated said the tumour was so large that “it appeared as if he had two heads mounted on top of each other”.

“It was an extremely daunting and complex surgery,” the hospital’s head of neurosurgery Trimurti Nadkarni told AFP.

He said the operation took seven hours to complete and the patient required 11 units of blood.

“After the patient regained consciousness, we researched and concluded this was the world’s heaviest tumor to be reported so far,” he added.

The tumor weighed 1.87 kilos (four pounds), making it the heaviest ever to be successfully removed from a surviving patient, according to a hospital statement.

“It was a rare operation and the patient has survived. Before the surgery, he had minimal vision, which may improve now,” Nadkarni said.

The hospital said the patient had made a good recovery and was now walking and eating normally.

The previous heaviest tumor to be successfully excised from a patient who survived the procedure was 1.4 kilos, it said.