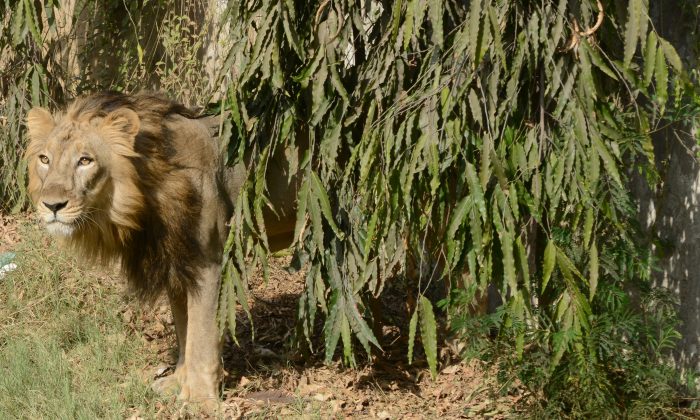 The beautiful Gir forest of Gujarat remains the only abode of the majestic Asiatic Lion in the world. Hunted relentlessly and at risk of extinction, it was the Nawab of Junagadh who first afforded protection to the King of beasts in the early 1900s. Since then, owing to the combined efforts of the Government and the local populace, their numbers steadily increased from a meagre 180 in 1974 to 411 in 2010. But modern challenges continue to risk the survival of Asiatic Lions, one being the numerous railway tracks criss-crossing through the forests of Gir. Luckily though, shaken by the death of six lions this year on the railway tracks, the Western Railway Department has agreed to reduce the speed limit of the trains and bring other measures to prevent accidental lion deaths.

Lions have lived in the Sasan Gir Wildlife Sanctuary as well as in surrounding areas outside the forest for centuries. The coastal regions of Rajula and Jafrabad towns of Amreli district, although beyond the protected boundaries are the permanent residence of around 100 to 150 lions. Thus, lions in Gujarat share much of the land area living alongside people.

But recently, following the death of 6 Asiatic lions on the railway tracks in the state, a series of meetings were by the forest department of Gujarat to address this issue. Later, a meeting held between the Gujarat Forest Department and the Western Railway Department in Mumbai yielded a positive outcome.

Some of the important steps taken to save lions from accidental train hits are,

The Forest Department proposed to cease the running of goods trains in the morning and evening hours as the lions are most active during this time and regularly found on the railway tracks in Amreli district. In response the Railway Department has agreed to reschedule the timings of goods trains running on these tracks.

The forest officials also requested the railway authorities to reduce the speed limit of goods trains on this route from the current 100 km/hr to 30-40 km/hr. This reduction of speed will allow the goods train driver to spot the lions or their cubs on the tracks and stop or further reduce the speed of the train if required.

Among other additional measures, it was decided to provide training to more train drivers to instil the need for protection of these cats. This training would help them to know what to do if they find these felines on the tracks and how to keep them safe.

The Chief Conservator of Forests of Gujarat, R.L Meena revealed that the barbed wire fencing of the 30 kilometre stretch along the railway tracks, where the lions are seen most frequently was also considered in the meeting.

These are surely positive steps in reducing accidental deaths of the rare and endangered Asiatic lions on railway tracks. The joint effort of the forest department and the railway officials will ensure safety of the wild creatures.

This article was originally written and published by Shilpi Gemawat, a contributing writer for indiasendangered.com. Please click here for the original article and more information.