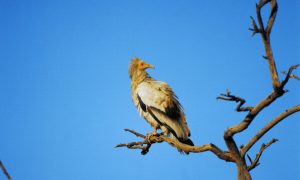 NEW DELHI—India banned the import of cosmetics and cosmetic ingredients tested on animals on Monday, becoming the only country in Asia to do so.

It joins the EU, Norway, and Israel, which all have bans to varying degrees on animal-tested cosmetics.

The ban on imports follows a ban in May this year that forbade domestic manufacturers from testing their products on animals.

“These bans will save not only animals within India, but since India has also banned the import of animal-tested cosmetics, it’ll save a huge number of animals around the world,” said Alokparna Sengupta, Be Cruelty Free campaign manager and deputy director for the Indian chapter of Human Society International (HSI).

HSI India’s managing director, Nuggehalli Jayasimha, hailed the ban as “progressive legislation” and referenced Gandhi, who is attributed with the saying, “The greatness of a nation and its moral progress can be judged by the way its animals are treated.”

HSI got the support of 30 members of the Indian Parliament, and collected 70,000 signatures from Indians who supported a ban.

“We are really, really proud of the Indian government’s decision,” said Jayasimha. “We are the second most populous nation in the world. The fact that we have taken a stand on this is a game changer.”

Conventional tests use animals like rabbits, mice, hamsters, rats, and Guinea pigs that are fed or given topical samples of the cosmetics or their ingredients to test for adverse reactions.

The tests range from causing slight irritation to death. People for the Ethical Treatment of Animals (PETA) said in a press release India’s ban “will save millions of animals from being blinded, poisoned, and killed in cruel and useless tests for products sold to India’s billion-plus population.”

Animal rights advocates hope this will shift the market to alternative tests, such as test tube samples of human cells and tissues, or computer simulations.

According to the latest figures from the Confederation of Indian Industries (CII), the Indian beauty and cosmetic market is worth $950 million and is growing by 15–20 percent a year, twice as fast as the European and U.S. markets.

“We have consumers saying, ‘If India can do it, why can’t the U.S? Why can’t Australia? Why can’t New Zealand?’ So India has taken a huge leap,” said Sengupta.

The United States and Australia have introduced similar legislation that is pending approval. New Zealand has not, but according to a report by the New Zealand National Animal Ethics Advisory Committee, the use of animals for testing has dramatically declined.

Now that India has heightened restrictions on imports it has to make sure that exporters comply. There are 13 ports in India through which cosmetics are imported and processed by drug inspectors, said Senguta.

“Our next step as an organization is to work along with the government to build the capacity of these drug inspectors,” she said.