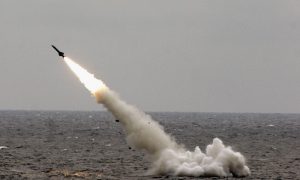 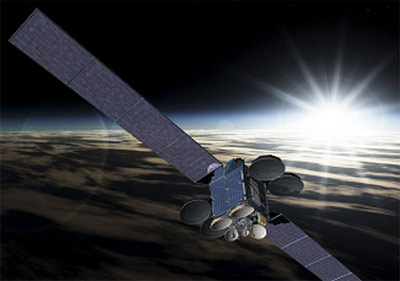 Independent Broadcasting From Taiwan to China at Risk

TAIPEI, Taiwan—Chunghwa Telecom, the largest telecommunications company in Taiwan, is again slow-rolling its contract with a branch of the independent broadcaster New Tang Dynasty Television, which sends its signal to China, and is loathed by Beijing for its bold coverage of the human rights abuses of the communist regime.

The obstacles faced by NTD’s Asia-Pacific company, called NTD-AP, appear like clock work, every two years the contract comes up for renewal.

In the latest case, the station approached Chunghwa Telecom in March, and again in April, to negotiate the contract renewal, but received no response, according to a May 1 statement by NTD-AP’s CEO Chang Ruey-lan.

Chunghwa Telecom president Leng Tai-feng declined to comment when questioned about the issue on April 30.

The obstacle to getting the contract renewed, according to commentators, is pressure from the Chinese Communist Party. Taiwan’s government has a majority stake in Chunghwa Telecom, and has also been seeking closer ties with the mainland. NTD is blocked in China.

The head of NTD-AP, Chang Ruey-lan, urged Taiwan’s president Ma Ying-jeou to help resolve the renewal issue and ensure the station can continue to serve the Chinese public, who are “starved for the flow of free information.”

Two years ago, when the contract was up for renewal, Chunghwa Telecom initially refused, citing technical difficulties. Under public pressure, the Ma administration stepped in to secure the renewal.

Last week, during a meeting of the U.S. House of Representatives subcommittee on Asia and the Pacific, Rohrabacher again urged Taiwan to make sure NTD-AP gets its contract renewal “if the island wants to be recognized as a democratic and free country.”

Weng Wen Ping, member of the Kuomintang Central Committee, said that granting the contract is a matter of showing that Taiwan is a free and democratic country,

Dr. Chen Chi-mai, a Democratic Progress Party legislator, said “it relates to the protection of freedom of speech, or more deeply whether there is pressure behind this from China and an attempt to ban broadcasting by NTD Television.”

Twu Shiing-jer, former Minister of Health, said there is an intention to silence NTD because the station reports on topics censored in China. “I think this is very wrong. As leader of an independent country, president Ma should grant NTD-AP the renewal.”

Former Chunghwa Telecom chairman Hochen Tan told The Epoch Times that Chunghwa Telecom advocates broadband as a human right. He hopes his former colleagues have the courage to uphold Taiwan’s freedom of speech.

Translation by Tan Hohwa. Written in English by Gisela Sommer.