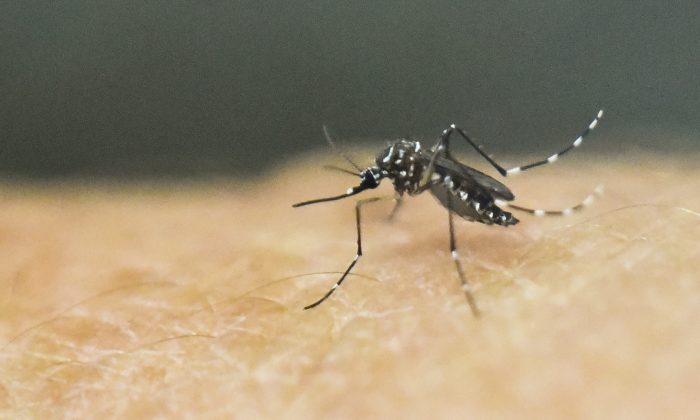 The City of Lubbock Health Department has confirmed the West Nile Virus (WNV) has been reported in the area of Lubbock, 345 miles west of Dallas.

The disease is commonly found in birds, and humans can contract the virus from a mosquito that has already stung an infected bird.

“Infected mosquitoes become the link (vector) that spreads the disease from birds to humans through a bite,” the department said in a statement. “WNV cannot be spread person-to-person.”

Did you know that the mosquitoes flying around right now may be carrying a virus like West Nile virus? Just one bite could make you sick. Watch this video to learn how you can prevent mosquito bites.

There is neither medication to treat the disease nor a vaccine to prevent infection.

“People over 50 years old and those with other health issues are at a higher risk of becoming seriously ill,” the department said. “[Healthy] people with West Nile fever typically recover on their own … up to 80 percent of people infected with the virus will have no symptoms.”

West Nile virus is the leading cause of mosquito-borne diseases in the U.S. Here’s how to tell if you’re infected. pic.twitter.com/FCcSBoVbk0

Routine laboratory testing identified WNV in mosquitoes that became caught in some vector control traps found across the county.

“The laboratory notified the health department that some of the mosquitoes tested positive for WNV,” the department said.

We’re reporting six cases of #westnilevirus and an ongoing outbreak in the #mosquito population. #fightthebite with repellent and eliminating standing water around your home! pic.twitter.com/gho8SLWHPU

The department will increase insect spraying and target areas surrounding those mosquito traps that tested positive.

“Everyone is encouraged to take steps to reduce mosquito bites,” the department said. “If people have symptoms and suspect West Nile virus infection, they should contact their healthcare provider.”

Have you vaccinated your horses against mosquito-borne illnesses such as West Nile? #WestNileVirus 🦟🦟🦟 pic.twitter.com/agOZRG7zBc

Ignorance w/standing water, promotes breeding ground for mosquitos.They pass on West Nile Virus! She was asked 2 take care of this. She’s become nasty! Children in this area 2. Would be nice 2 sit outside at night without getting bit every second even with bug spray! #disrespectful pic.twitter.com/h5S983ZW0t

For more information visit the Centers for Disease Control and Prevention website at www.cdc.gov/westnile/index.html