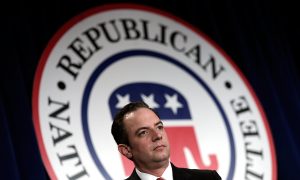 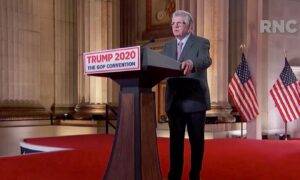 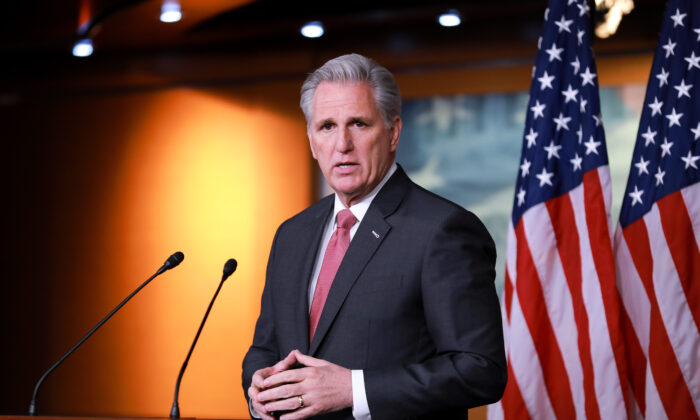 With less than 2 months before the November elections, Republicans on Tuesday unveiled their plan for the upcoming Congress in an effort to set themselves apart from their Democratic rivals who Republicans say are out to destroy American history and values and defund law enforcement.

Rep. Kevin McCarthy (R-Calif.), the House Minority Leader hopes to win over voters with the new GOP agenda for which members offered over 150 policy proposals.

“This is why we’re announcing a commitment to America with three specific objectives. First, restore our way of life. Second, rebuild the greatest economy. And third, renew the American dream,” said McCarthy.

McCarthy said the first order of business is to get a vaccine out to citizens so the economy can begin to grow and flourish, with employment returning to pre-pandemic numbers.

“House Republicans have to have a plan. How can we work to help this country move forward?” McCarthy told reporters in a telephone interview on Monday. He said the foundation to success is defeating the virus and getting people healthy.

House GOP members have been calling for increasing rapid testing for the CCP virus by three-fold and make a vaccine available as soon as safely possible.

The Trump administration initiated Operation Warp Speed with the goal of making a vaccine available by the end of 2020 and according to the program’s fact-sheet, on “May 21: HHS announced up to $1.2 billion in support for AstraZeneca’s candidate vaccine, developed in conjunction with the University of Oxford. The agreement is to make available at least 300 million doses of the vaccine for the United States.”

McCarthy stressed that securing the Nation’s cities and towns is another top priority for Republicans and that with their agenda there will be increased funding for police departments throughout the United States, not defunding them as with Democrats’ agenda.

Despite calls from progressive Democrats to defund police departments, in cities like Seattle, Portland Oregon, and Minneapolis Democrat presidential nominee Joe Biden says he does not want to defund the police.

“I don’t want to defund police,” Biden said. “I want to get police more money in order to deal with the things they badly need, from making sure they have access to community policing, that they have also in the department’s social workers, psychologists, people who in fact can handle those god-awful problems that a cop has to have four degrees to handle,” Biden said in a recent interview.

However, Biden did not comment on any of the looting and rioting happening in cities until recently, when it was reported that his poll numbers were decreasing because of the issue.

Meanwhile, Republicans have been consistently opposed to any rioting and violence during protests for racial justice.

“And we will ensure the safety and security of all communities and uphold the constitutional liberties of every single American,” said McCarthy.

A former police lieutenant and Minnesota Congressman Pete Stauber (R-Minn.) said that under the GOP agenda police departments throughout the nation will be supported with additional funding and focus on the departments policing with their communities, and not policing their community.

“We will not abolish or defund the police. Policing is a noble and honorable profession, and we will increase funding by $1.7 billion for better police training, the implementation of community policing and purchasing equipment, 500,000 more body cameras,” said Stauber.

McCarthy said the GOP plan will add 10 million new jobs and bring manufacturing back to the United States.

McCarthy said, “Specifically, we will add 10 million good-paying jobs with investments in distressed communities and support for American small businesses. And while democrats choose to ignore the threat from China. We will increase American manufacturing and supply chain resilience by ending America’s dependence on China.”

“We should no longer be reliant on China for the things that are vital to America’s national security we need to bring that manufacturing and those jobs back to America, and that’s our commitment,” said Rep. Steve Scalise (R-La.).

“Under the previous administration, great jobs and great companies going to foreign countries, and we finally put an end to that with smart effective policy,” Scalise continued.

Brady also emphasized bringing manufacturing back to the United States, especially America’s dependence on China for crucial medicines, medical supplies, and technology. “(We) will rebuild and anchor that manufacturing here in America with American workers and American know-how,” said Brady.

Another key agenda item on the GOP list for the new Congress is to teach the history of the United States so children and adults understand the value of the Constitution. Republicans have called out Democrats for staying largely silent on rioting and destruction being caused by violent protestors, and the taking down of not only Confederate monuments but others like Christopher Columbus’s and Abraham Lincoln statues that depict a part of American history.

First-generation American, former Navy pilot, a businessman, and first-term Congressman Mike Garcia (R-Calif.) said we need to instill pride in our children for being Americans.

“As Americans, we need to take pride in our nation, and make our children proud and teach our kids, our nation’s history with pride. We need to reinvigorate and renew the American dream. I am that American dream,” Garcia said.

Republican Conference Chair Liz Cheney (R-Wy.) said, “The Democrats tell us what they would do in as Kamala Harris put it yesterday, quote a ‘Harris administration with Joe Biden.’ They would defund our police, dismantle our freedom, destroy our history, and abandon our founding values.”

Scalise said, “America is worth fighting for. That’s what this commitment is all about. We know we have challenges. We know we’ve been through great challenges before as a nation and we know as we pulled together, we’re going to get through these challenges.”

“Now we need to double down on a commitment to God, the constitution, capitalism, and competition to reward hard work and be proud of our successes, rather than being penalized for our achievements, or being ashamed of our awards,” said Garcia.