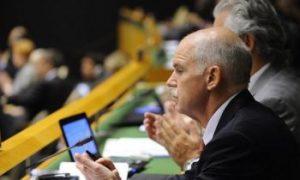 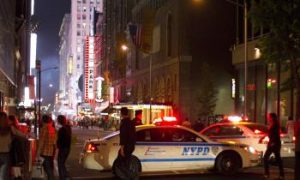 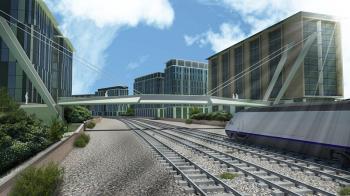 In the Green Building Revolution, Software is a Driving Force

By Joshua Philipp
Print
In the wake of the housing crisis, rising energy costs, and the environmental toll of greenhouse gas emissions, green building is about to hit big, and computer software is at the heart of the movement.

In the United States alone, buildings use an estimated 40 percent of the country’s energy. Although U.S. companies spend $800 billion annually on energy costs, an estimated 42 percent of the energy used to heat and cool a building is wasted, according to a GreenLink Alliance white paper.

Climate change has also played a large role in turning the tides on sustainable design, and local, state, and international governments around the world are implementing regulations and energy mandates.

“We’ve really seen sustainable design shift from a nice to do, to an absolutely must do,” Sarah Hodges, Autodesk Senior Industry Marketing Manager said. “So even though buildings can be perceived as having this negative effect on the environment, on the positive side they present the most effective means for improvement.”

Autodesk is among the leading companies in creating 2-D and 3-D design software for the building and entertainment industries.

According to Hodges, over the life of a building, 90 percent of its cost will come after construction. “So you can imagine from the owner to decide how powerful it would be for them to be able to understand how much the building will cost post construction, and what are those things that can be done prior to construction to reduce the overall cost.”

Each new piece of software has helped advance the industry. The latest and greatest from Autodesk is a new subscription add-on for their Revitt software.

The technology allows users to see a building before it’s built, to simulate the mechanical systems of the building, and “analyze those systems to understand how much heat are they going to let out, how much cooling is required for the building to make sure we’re reaching the optimum temperatures to not waste any energy,” Hodges said.

As software and computer systems have become more widely used, however, adverse affects have also shown on the green building industry. According to architect Michael McDonough, there needs to be a balance between technology and on the ground knowledge.

“In many ways, you cannot even consider doing a green building to any level of sophistication without software,” McDonough said.

“This stuff is emerging as we enter into the golden age of green building,” he said, adding, “The brave new world has big holes in it…These are tools, they’re useful tools, [but] they’re not going to fix everything.”

McDonough specializes in designing buildings that create more energy than they use. The secret of the trade, according to McDonough, is in the building enclosure—walls, the roof, doors, and windows—where 50 percent to 90 percent of the energy is lost.

McDonough was in the industry before software became the standard. He mentioned he used to do whole projects using fax machines. Then CAD came along. The architecture software was being worked on in the 1970s, and by 1995, the American Institute of Architects dubbed the software mature enough for the industry.

“By 1995 it started to make sense economically, so I bought it,” McDonough said, adding that with the current green technology “you’re looking at software that’s just now coming online.”

Oftentimes, the problems arise simply from the “ignorance of the people in the field.” McDonough said, “The architect will specify a very sophisticated type of building system, the people who bought the building will make compromises because of cost or they’ll simply do it wrong because they’re the low bidder and they lack experience,”