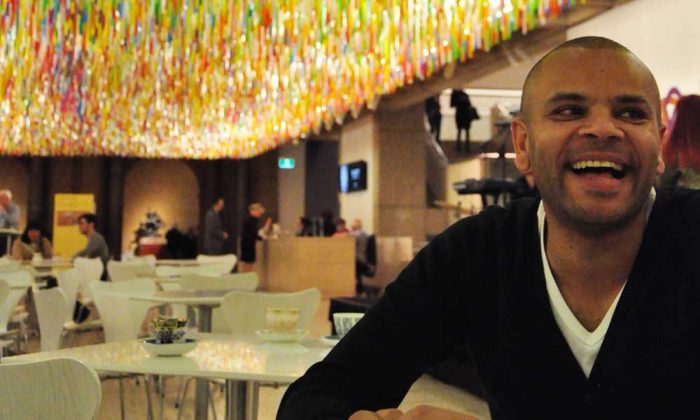 Luke Carroll has a longing for Australia’s acting scene to embrace cultural diversity.

The actor’s notable career in the Australian film and television industry include playing Indigenous characters in Redfern now, Going Bush, Home And Away, Playschool, The Alice, Australian Rules and Stoned Bros.

Carroll’s ambition is to take his career to an international level and star in non-Indigenous as well as Indigenous roles.

“I want to play my part with no ethnicities attached,” he said.

And perhaps Australia’s acting scene is beginning to open up – recently the Australian soap opera Neighbours cast its first indigenous actor in a main role since it first began in 1985. Meyne Wyatt, 24, will be playing the non-indigenous character Nate Kinski from next month.

Carroll grew up in Sydney with a Wiradjuri background, the largest Aboriginal group in central New South Wales.

“I feel I have a bit of both [cultures],” he said beaming with cultural dignity. “But first and foremost I’m Aboriginal.”

Under the multitude of colours installed at the Art Gallery of New South Wales I asked Carroll what three things non-Indigenous Australians should be aware of about Indigenous culture:

1. It’s always good to know what tribal lands you are on. It’s easy to find this on Google nowadays.
2. Showing images of deceased people is a big no-no in many aboriginal communities during the mourning period.
3. Our Elders, we call them Uncle and Auntie. This is a sign of respect. Respecting Elders is a big part of our culture. So even if you’re not blood-related you call your Elders Auntie and Uncle.