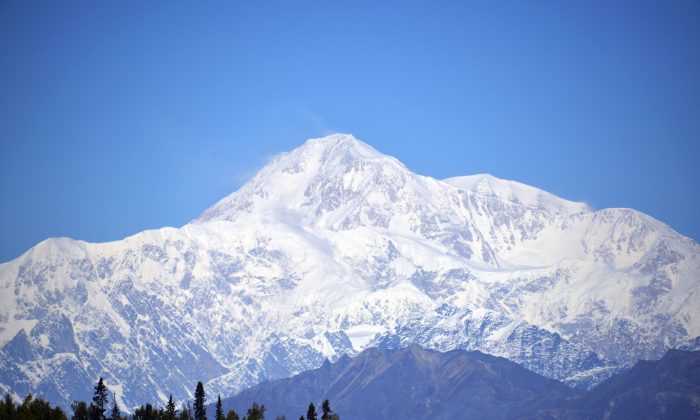 In Alaska, It’s Always Been Denali

For most Alaskans, there’s only one name for the mountain known as Denali.

Reestablishing this original place name, as President Obama did this week by executive order, honors the first peoples of the region, who have been connected to this land for thousands of years. There has been some pushback from elected officials in Ohio where President McKinley was born, despite the fact that McKinley never set foot in Alaska.

The name Denali originates from the Koyukon Athabascan word, Deenaalee, which translates to “the tall one” or “the high one.” The Koyukon inhabit a large portion of the northwestern interior of Alaska. Their language (known as Denaakk’e) is geographically the most widespread of the 11 Athabascan languages spoken in Alaska.

I have lived and worked in Alaska for over two decades. I raised my family first in the Interior and later moved to the Kenai Peninsula. My family and I return each summer to the Peninsula to run our seasonal business. I also continue to collaborate with indigenous communities throughout the state on various community-based projects.

This recent name change comes as no surprise to most Alaskans (Native and non-Native alike) who have always called the mountain Denali.

By any name, the mountain catches the attention of newcomers. Many of whom seek to capture its beauty through paintings or conquer it by reaching the summit. But Denali’s geographical and cultural significance long predates the arrival of Europeans.

Knowledge of this mountain is embedded in the indigenous languages. It figures prominently in the local folklore and oral history of the Athabascan groups who call the region home.

The Dena’ina Athabascan, whose homeland is located farther to the southwest, call the mountain Dghelay Ka’a or “big mountain.” Athabascan words, stories and even riddles reveal not only the importance of Denali as a significant landmark, but also hint at the sentient qualities of this place.

“It’s not just the name of the place, it’s the history that’s important,” Jones said.

The national debate over the mountain’s “official” name started back in the mid-1970s, when the Alaska legislature attempted to reestablish the original name given to the mountain by Alaska’s first peoples.

This 20,000-foot mountain is a well-known landmark and dominant feature of the Alaska Range.

Denali, the highest point on the North American continent, is a popular destination for tourists and the inspiration for naming the nearby Denali National Park and Preserve. Athabascan anthropologist Karen Evanoff, a friend and colleague, in response to this official name change, wrote to me:

The original names of places by indigenous people were given for many reasons and speaks to the deep relationship with the environment. To know, use and understand the meaning of the names is an honor to the land and acknowledges the vital importance of these roots in today’s vastly changing world.

Changes to place names have been a routine part of a larger agenda to erase indigenous languages and cultures by colonial powers. While we may not see decades-old debates of this sort in the national and international media every day, there are many places throughout the world where indigenous place names are being reestablished. Addressing “colonial naming” in New Zealand, for example, a recent amendment states that “any future naming or name alterations would give preference to original Māori names.”

Throughout Canada, First Nations communities have moved to reestablish their place names. Ingrid Kritsch, research director of the Gwich’in Social and Cultural Institute, says, “traditional place names can point not only to significant physical sites for Aboriginal peoples, but can also embody important intangible cultural values.”

Gwich’in communities have recently celebrated the restoration of 414 of their traditional place names, which are now officially recognized by the government of the Northwest Territories.

This official recognition of Denali’s true name is a sign of deep respect for Alaska’s indigenous peoples. This cannot undo the past and erase the destruction brought about by colonization. However, it can set a new way of thinking about place names, the people who inhabit those places and the important relationships they continue to maintain with the land.