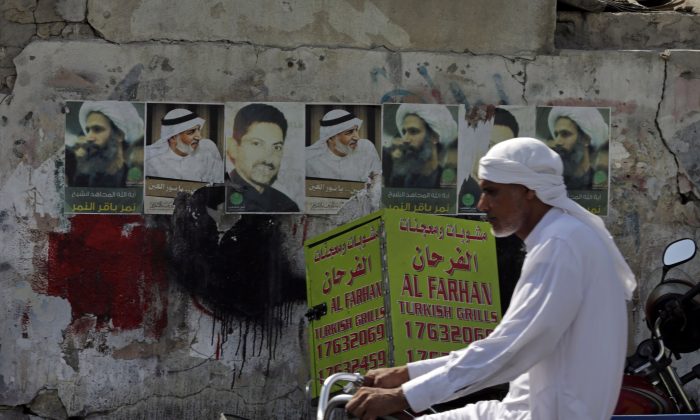 Badawi, whose wife and three children live in Canada, is currently serving a 10-year sentence for charges brought under Saudi Arabia’s Anti-Cybercrime Law, including “liberal thought,” and “insulting Islam” through electronic channels. He was also fined almost $300,000 and sentenced to 1,000 lashes.

“Raif Badawi has been imprisoned solely for the peaceful expression of his opinions,” said PEN Canada’s Writers in Prison committee chair Jim Creskey.

PEN Canada’s One Humanity Award was presented in absentia at the organization’s 35th International Festival of Authors in Toronto on Oct. 23. Valued at $5,000, the award is given to a writer whose work “transcends the boundaries of national divides and inspires connections across cultures.”

Badawi is the founder of the Free Saudi Liberals website, where he dared to criticize the country’s religious establishment and warned that some universities were indoctrinating students and promoting jihad or “holy war.”

After he was arrested in 2012, Amnesty International designated Badawi a prisoner of conscience “detained solely for peacefully exercising his right to freedom of expression.”

Badawi’s lawyer, prominent human rights activist Waleed Abulkhair, was sentenced in April to 15 years on charges including “undermining the regime and officials.” He was also fined over $50,000 and ordered to disband his human rights monitoring organization.

In its review of Saudi Arabia’s membership in the United Nations Human Rights Council in March, Human Rights Watch stated: “Over the last year Saudi authorities have harassed, investigated, prosecuted, and jailed prominent peaceful dissidents and human rights activists on vague charges based solely on their peaceful practice of basic rights, particularly the right to free expression.”

PEN Canada adopted Badawi as an Honorary Member in September 2014, and nominated him for the 2014 International Publishers Association’s Freedom to Publish Prize.

The organization says Badawi, who suffers from diabetes, is reported to be in poor health.