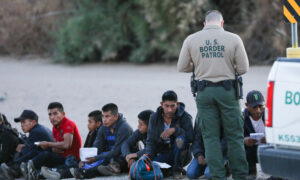 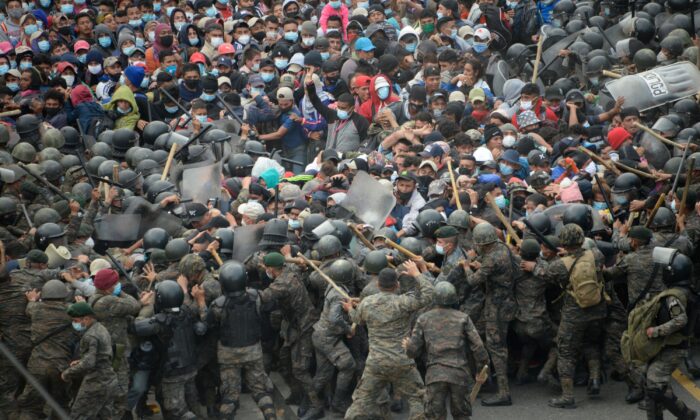 Immigration: Is It Wrong to Think About What’s Best for the United States of America?

In the movie “Field of Dreams,” the lead character hears a voice while standing in his cornfield. “If you build it, he will come.” So, the man builds a baseball field. The ghost of his ballplaying father appears, and so does a whole group of famous dead baseball players.

It’s antithetical to former President Donald Trump’s plan to build something so people wouldn’t come. As you’ve likely heard, construction of Trump’s “beautiful big wall” was halted by our new president as part of the evolving changes to U.S. immigration policy.

President Joe Biden has made his intentions clear. Among his proposals: Give the millions of immigrants already in the United States a faster route to citizenship; restore protections for those brought into the United States as children; open the southern border, and stop holding asylum seekers in Mexico while they await legal entry; shutter many migrant detention centers; and somehow fix the enormous immigration-court backlog. Oh, and stop deportations for at least 100 days, except for those illegal immigrants charged with felony crimes.

As with any new administration, promises and good intentions abound. What ultimately gets done is usually something different.

One thing is clear, however. The moratorium on deportations coupled with all the other Biden immigration proposals have given hope to countless outsiders desperate to flee their poverty-stricken countries and find a new life in the United States. Massive human caravans from Honduras are already headed this way. Some predict throngs of Central American migrants will follow.

The governments of Guatemala, El Salvador, and Mexico have agreed to try to stop the hordes, but the sheer number of refugees has been overwhelming. Clashes with troops have turned violent, and splinter groups of migrants have pushed through. Biden’s order to halt deportations energized them with new hope.

No compassionate human can fail to feel for these desperate people. It is absolutely heartbreaking to see this ragtag group of women, children, and men, who left everything behind and set out on foot to find a home devoid of rampant crime, poverty, and hunger. They are determined to find a better existence through legal or even illegal means. How many of us faced with those conditions would have the courage to do that?

The state of Texas, which has the nation’s longest border with Mexico, filed a lawsuit challenging the 100-day moratorium. The suit claims the action violates an agreement Texas has with Washington that obligates the feds to consult with the state before changing immigration policy. A Trump-appointed federal judge promptly issued a temporary restraining order to block the deportation freeze.

Payback politics are at play here, and Democrats who filed a spree of lawsuits against Trump’s immigration policies, specifically his wall, should steel themselves as Republicans now respond in kind.

We have become a people who cannot tolerate neighbors who have differing opinions. How will we ever come to an agreement on how—or if—to help those struggling to become taxpaying U.S. citizens? We are certainly in for a bumpy immigration ride ahead.

Although a Biden official warned migrants that immigration changes would not be enacted overnight, discouraging them from coming now, it is obvious that news didn’t reach Central America. People hear what they want to hear, and desperate refugees believe they heard an implicit invitation to travel north. Say, “Stop the deportations” and, like the movie, they will come.

Now the question is, President Biden, what will we do with them when they arrive on our southern border?