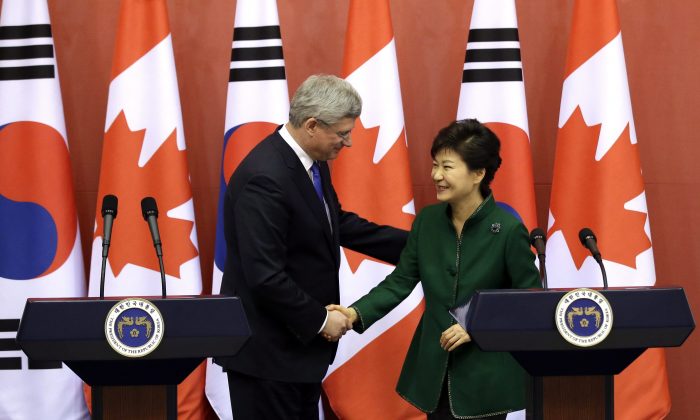 Recent immigrants selling further afield than US
By Kaven Baker-Voakes

Immigrants are not only exporting more outside the United States compared to their Canadian counterparts, but the business generated also tends to be more profitable, despite the challenges of less efficient operations, according to a new report by the Conference Board of Canada.

Titled “Selling Beyond The U.S.: Do Recent Immigrants Advance Canada’s Export Agenda?,” the study found that businesses owned by recent immigrants are more likely to sell products and services to countries other than the U.S.

“What we found is yes they do [export] more beyond the U.S. than their non-immigrant counterparts,” said Danielle Goldfarb, Associate Director, Global Commerce Centre at the Conference Board of Canada.

“They also tend to export more in general relative to their non-immigrant counterparts.”

The report is based on a database of 15,000 small and medium enterprises, which included 442 immigrant-owned businesses among the fastest growing of those enterprises. The majority of the companies exporting to non-U.S. countries were concentrated in Ontario and Quebec, while British Columbia counted the lowest.

Immigrant-owned businesses exporting outside the U.S. reported average profit growth of 21 percent annually between 2007 and 2011. Comparatively, profits of non-immigrant exporters declined by an annual average of 2 percent.

“Even though they are fast-growing, they are less operationally efficient than their comparable non-immigrant counterparts,” said Goldfarb.

“They are able to overcome some of the barriers because they have connections, but their profits are less stable. It is a nuanced picture.”

Immigrant-owned businesses also tended to be less connected to Canadian business networks. Goldfarb said there is no research currently on combined immigrant importers and exporters. The Conference Board also presently lacks data to be able to examine the patterns of importers.

“I think we should do a lot more study, which would mean there is more interest,” said Patricia Rimok, president of the Immigration Business Network, an online business resource for immigrants in Canada.

“Clearly, they (the Conference Board) can only take a certain number of people and there are so many opportunities.”

Rimok notes that immigrant export businesses in Canada tend to have fewer connections in Canada, which limits their ability in sales, while on the flip-side established Canadian business networks in other countries tend to be limited. She foresees a need for more collaboration moving forward.

“The interesting thing is that they have very different networks and they may not be making very much because they don’t know very many people here,” she said. “If we were to combine those I think there would be bigger earnings overall.”